A metaphor is a type of figurative language, often used in poetry or literary prose. It is, in simplest terms, a comparison. It forms a link between two unlike things by stating one thing is another. The big difference between a metaphor and a simile is that similes use the words 'like,' or 'as.'

These poems are original and were created by author, Tara Kunesh, specifically for LoveToKnow.

This poem uses morning and home as metaphors for love and friendship. Tea time represents the idea of rest. It compares the physical structure of the home to a memory. Less obviously, it also uses the sounds and personification of the kettle and saucepan as symbols for familiarity, implied in the lines "You know me, you do," and "I know you, too." Overall, the idea of home represents safety and contentment.

Morning is love, when mom bids me arise,
Eggs shaped like hearts, a breakfast surprise.
The sun barely risen, looks down with a smile,
And says, "take your time, just sit for a while."
Tea time is rest, as the light starts to fade.
Homework is done and the table is laid.
The kettle whistles "You know me, you do."
The saucepan bubbles, "And I know you, too."
Though distance and time have claimed it from me,
This home lives within, a memory.
My room is a picture which stays in my head -
The books in the corner, the cat on the bed.
Home is my best friend, my partner, my all,
Be it ever so humble, be it ever so small.

The Zoo uses concrete metaphors, comparing different animals in the zoo to different types of people or professions. 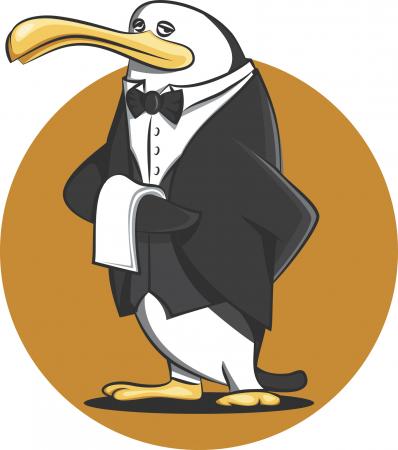 I thought it rather strange today,
When visiting the zoo,
To find the creatures living there,
Are just like me and you.
So wild and acrobatic,
The monkeys in their cage,
Delight in swinging high and low,
Performers on a stage.
Dignified and tall, the penguins on the ice,
Waiters in their black and white,
Proper and precise.
Gazelles turn together,
A troupe of graceful, dancing girls,
Synchronized and slender,
Performing plies, jumps, and twirls.
Poor zebras are the prisoners,
Condemned for life, you know,
Their classic uniform of stripes,
Truly marks them so.
If I had all day, I'd surely make,
Some other metaphors,
For sloths, and tigers, elephants,
And even dinosaurs.

The Warrior compares two unlike things: a tiny Chihuahua and a Scottish warrior chieftain.

Each night he walks his kingdom and nods to all he meets,
His confident strut, his head held high; he roams through starlit streets.
He growls a swift hello, his eyes all aglow,
With warrior fire, and burning desire,
To be proud Scottish Chieftain.
Each night he dreams in 3-D, of dangerous battles galore,
Shining swords, flashing daggers, moated castles, and more.
His tartan wrapped tight; he enters the fight,
He leaps at his foe, but then they laugh low,
He is a Chihuahua you see.

A Strawberry Sundae takes the idea of an ice-cream sundae and describes it as a landscape. The ice-cream is a snowy mountain, the strawberry syrup a river, and the sundae is topped with multicolored sprinkles which resemble tiny, fairy-like flowers. 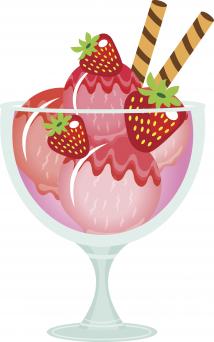 The shining peaks of white,
The mountains soaring tall,
Traversed with scarlet rivers,
Multicolored waterfall.
Upon the mountains high,
Bright and vibrant shoots,
Are scattered like the trace,
Of tiny fairy fruits.
But what is this I see?
The mountains are receding,
The sugar river flowing swift,
Is quickly disappearing.
And now there's nothing left,
Of the mountains and the stream,
Except a trace of pinkish snow,
That smells like... ice cream.

While teaching metaphors to a child can be tricky, concrete examples can make this somewhat abstract idea more lucid. Metaphors are often used in poetry and, therefore, poems make great tools for learning about this particular language device. To get started, try this mini lesson from Poetry 4 Kids and practice writing metaphors before attempting some original poetry.

A famous metaphor states, "Life is a journey." Writing is also a journey and metaphors should be part of that exploration.

0
Comments
© 2006-2020 LoveToKnow, Corp., except where otherwise noted. All Rights Reserved.
Examples of Metaphor Poems for Children