When the holidays move in, it's time to pull out your favorite Christmas stories. Children usually have one or two books that they love reading (or having read to them) over and over. Any of the following are perfect stories that the whole family will enjoy.

These books are the ones your children ask for again and again each Christmas season.

How the Grinch Stole Christmas

How the Grinch Stole Christmas by Dr. Seuss is a classic that has entertained many. It tells the story of a grumpy grinch who finds the meaning of Christmas in Who-ville. The story is the inspiration behind a popular cartoon and a movie and different adaptations of this favorite have appeared in theaters around the world. Kirkus Reviews says of the book that the Grinch is the best villain since Scrooge. 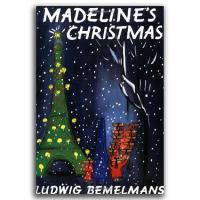 Madeline's Christmas by Ludwig Bemelmans is the story of the beloved character Madeline, and how she helps save Christmas for her sick housemates. The book was adapted into a made-for-TV animated movie in 1990. Ludwig Bemelmans won both the Caldecott and Newbery awards for his books.

Humphrey's First Christmas by Carol Heyer. The book explores the story of a camel named Humphrey who has lost his blanket and seeks to find one for his long journey with three wise men to see the baby Jesus. In addition to bold and beautiful illustrations children will love, the author's website notes that the book was a Scholastic Book Club Selection, was a Crown Award nominee and has sold more than 80,000 copies.

A Wish to Be a Christmas Tree

A Wish to Be a Christmas Tree by Colleen Monroe is the story of a large pine tree that wants to be a holiday tree. The illustrations were completed by wildlife artist Glenn Monroe to add to the story. The tale also features forest animals that children will love. Review Stream recommends this book to both children and adults because it "conveys the true meaning of Christmas."

Olive the Other Reindeer

Olive the Other Reindeer by Vivian Walsh is the silly story of a dog who thinks she is on call to be Santa's helper when she mistakes the lyrics in the classic song Rudolph, the Red-Nosed Reindeer. She hears the lyrics, "all of the other reindeer" as "Olive, the other reindeer." Kids who love Rudolph may fall in love with this adorable Christmas tale. The book was adapted into an animated movie in 1999. Kirkus Reviews points to the illustrations alone as being worth viewing.

The Polar Express by Chris Van Allsburg was made into a feature-length film in 2004. The story tells of a boy who finds the magic of Christmas through the simple act of believing. It was a number one USA Today best-seller and 1986 winner of the Caldecott Medal.

If you have a child who can read on his own, these books make great additions to your Christmas library. 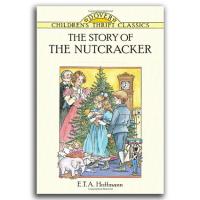 The Story of the Nutcracker

Different versions of The Nutcracker - A Christmas Story may be found, but the basic story is the same: A young girl is presented with a nutcracker for Christmas, who turns into a soldier and fights the Mouse King before they're spirited away to a land of sweets and enchantment. For many families, going to the ballet to see to see Tchaikovsky's "Nutcracker Suite" come to life is a holiday tradition. According to NPR, it was in the 1960s in America before the "Nutcracker" became a popular tradition for families to attend.

The Night Before Christmas

The Night Before Christmas by Clement Clarke Moore is a true holiday classic told in rhyming form. Almost everyone is familiar with the opening words "'Twas the night before Christmas, when all through the house…" Many families read the story on Christmas Eve and it inspired an animated movie in 1974, which still plays to this day. There were four handwritten original copies; three are located in museums and one sold to a private collector in 2006 for $280,000.

A Small Miracle by Peter Collington is a heartwarming tale of an elderly woman who is saved by a miracle after stopping a thief who tries to ruin Christmas for the poor. Publishers Weekly stated that the book was a "skillful blend of fantasy and realism". The School Library Journal points to the "gentle touches of humor" as making this one of the best Christmas books for children.

On Christmas Eve by Margaret Wise Brown has a similar flow as the beloved children's classic "Goodnight, Moon", but this is the story of three children awaiting Santa's arrival. Margaret Wise Brown is a multiple Caldecott Awards winner and a 1984 Kerlan Award winner for career achievement in excellent children's books.

The Crippled Lamb by Max Lucado and his daughters tells an emotional tale of a crippled lamb that was able to see the birth of Jesus. Max Lucado has written around 100 books and has 80 million copies in print. He is a three time recipient of the Kip Jordan Gold Medallion Christmas Book of the Year. Tracy's Book Nook calls this book a "tear jerker" and Thomas Nelson produced the book into a film in 2000.

Looking to put a little holiday spirit into reading assignments for your third through fifth grader? These books fit the bill. 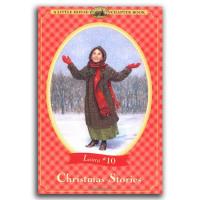 Christmas Stories (Little House Chapter Book) by Laura Ingalls Wilder is a collection of Christmas tales from the 1800s journals of Laura Ingalls Wilder. These lightly adapted stories give kids a taste of what Christmas was like on the frontier. Laura Ingalls Wilder is a famous writer from the 19th century. Her journals were adapted into books and later into a made-for-television series called Little House on the Prairie starring Michael Landon and Melissa Gilbert. She was a runner-up for the Newbery Medal five different times and in 1954 the American Library Association (ALA) created a lifetime achievement award for writers of children's literature and named it after Ms. Wilder. Her stories are a snapshot of American life and Christmas of yesteryear.

When Santa Fell to Earth

When Santa Fell to Earth by Cornelia Funke considers what might happen if Santa fell to earth. When one of Santa's reindeer is spooked by a storm, Santa gets dropped into a neighborhood. There is a villain, Jeremiah Goblynch and the possibility of Christmas being ruined for children everywhere. Kids Reads reviewed the book and said it was a good "addition to holiday collections". The story has recently been turned into a film and was first shown in theaters in 2012 in the United Kingdom. Cornelia Funke was also chosen as one of Time Magazines 2005 100 most influential people.

The Last Holiday Concert by Andrew Clements - Hart Evens is a sixth grader who normally gets along with his teachers. However, the chorus director doesn't like him, is stressed because his job is being cut and walks away from the concert preparations when Hart accidentally nails him with a rubber band. Hart is left to put the concert together and learns a few valuable lessons along the way. The National Education Association chose this book as one of the Teachers' Top 100 Books for Children. The book was also a Louisiana Young Readers' Choice Award nominee in 2007.

The Family Under the Bridge

The Family Under the Bridge by Natalie Savage Carlsonis a Newbery Honor book set in Paris. The story is about children who live under the bridge and an old man who gains a readymade family at Christmas. Kirkus Review stated that this book is full of "sentimental adventures" sure to make the reader smile.

The Best Christmas Pageant Ever

The Best Christmas Pageant Ever by Barbara Robinson has been made into a children's movie and reproduced as numerous plays. When a family of troublemakers invades a church service to put on a pageant, people are worried about what might occur. However, they soon come to realize this is the best, worst pageant ever. The story was originally published in McCall's magazine and was later adapted into a book. The book sold more than 800,000 copies. In 1982, a stage play of the story was written and is still performed to this day. The story was so loved that it was then turned into a 1983 ABC television movie. The story is a ALA-ALSC Childrens Notable Book award winner.

Every year, new Christmas books are released, but these favorite tales are a great place to start. As an added bonus, many popular Christmas books have been made into movies, such as A Christmas Carol. Some children may only know these stories from film, so it can be fun for parents to introduce their kids to the original tales.

Why not start a holiday tradition with a beloved book or two and a Christmas Eve reading, where the entire family takes part? Have cookies, candy canes and hot chocolate on hand. Let young readers practice their skills before putting them to bed to wait for Santa's arrival.