Kids love playing around with sounds, so onomatopoetic poetry can help them develop an interest in literature and make phonics enjoyable. While poetic devices are typically not introduced on an academic level until second or third grade, it's never too early to entertain kids with these poems.

Swish, swish, swish,
Went the little goldfish
As he swam around his bowl.

Splash, splish, splash
Went his fancy little tail
Because he was a happy little soul.

Glub, glub, glub
Went the bubbles he blew
As they floated up to the top.

Smack, smack, smack
Went his tiny fishy lips
As he ate his flakes without a stop. 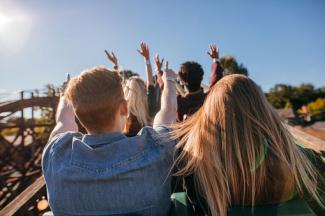 After the Rain Haiku

Drip... drop... drip, drip... drop
The water rolled off the leaf.
And plopped to the ground. 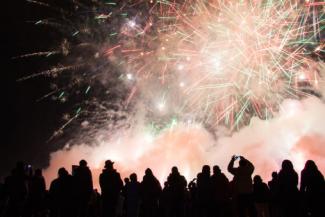 The songbird is tweeting
His early morning greeting
As he sits on the
Branch of a tree.

The rustling of his wings
Lifts him into the sky
As he thinks,
"It's good to be free." 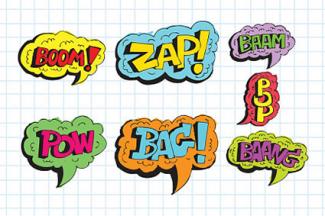 Onomatopoeia is a poetic device which uses phonetics to recreate actual sounds people hear. These words typically mimic the sound of an action or other sounds such as ones animals make. Additionally, some onomatopoetic words capture sounds from natural body functions like sneezing, wheezing and sighing. When used well, this device helps a writer develop meaningful images which bring the reader closer to real-life experiences.

Examples of onomatopoetic words include:

Onomatopoetic poems come in many forms, and animal sounds are popular choices for this poetic device, especially when the target audience is young kids. Just as animal fables are intriguing to children, the sounds animals make are fun elements they enjoy. Perhaps the most recognizable animal sound poem is Old MacDonald Had a Farm. The singsong verses are catchy, and many kids love imitating animal sounds.

Parents and educators can find onomatopoetic verses in a number of story poems for kids. The Pied Piper of Hamelin by Robert Browning uses this poetic device. Although the poem is 15 verses long and uses complex language, many kids may enjoy hearing it read aloud. This classic fairy tale is one of many which children have enjoyed for generations.

Other famous children's poems which use this device include:

Many other poems use this playful poetic device including many funny poems where kids can pick out words which mimic sounds. As their skills progress, they develop a greater understanding for a poem like The Watch by Frances Cornford. This appreciation can inspire children to write verses as well.

Children often learn by doing, and creating onomatopoetic poems can be a wonderful learning activity which is also entertaining. If You Were Onomatopoeia is a colorful book that helps kids understand the poetic device, and it can be a great source of inspiration as well. Once children make the connection between the sounds in everyday experiences with sounds in words, the creative process can begin. Other helpful children's books about onomatopoeia include:

Everyday sounds, including bodily functions, can be very funny for kids, and onomatopoeia is a fun tool for recreating interesting noises that often go unnoticed. These onomatopoetic sounds are great tool for introducing poetic elements, and they can be used to make comic books and stories in addition to poetry. These elements include:

Creating original poems can be great fun, especially when kids have chances to begin with familiar noises like banging pots and pans, shaking rattles and countless other noisy activities. Translating auditory experiences into words is a fundamental step in understanding the many layers of language. Over time, kids develop an appreciation for complex forms of onomatopoetic devices which combine words to build subtle recreations of real sounds.