The Lion and the Mouse is a full-color, vibrantly illustrated wordless picture book by Jerry Pinkney. In January 2010, Pinkney was awarded the Caldecott Medal for his illustrations in the book.

The Lion and the Mouse is an excellent book for kids who love animals or the jungle and for kids who prefer looking at pictures to reading a lot of text. Since the story is wordless, it's also a great choice for parents of very young children who cannot yet sound out words or make sense of text on the page. 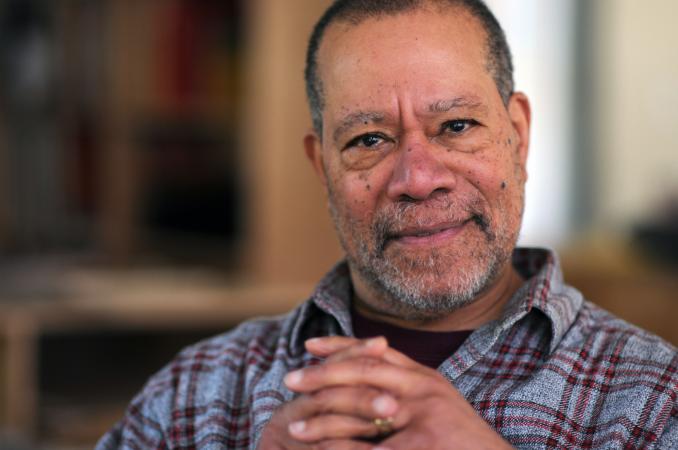 Jerry Pinkney is an African-American illustrator who lives near New York City. Since he began illustrating books in 1964, he has received five Caldecott Honors but never a Caldecott Medal until he was announced as the winner for The Lion and the Mouse.

Pinkney has illustrated more than 100 books throughout his career, and his other artwork is regularly featured in museums, galleries, and exhibitions around the world. His other books include Sweethearts of Rhythm, The Moon Over Star, and a 2000 edition of Aesop's Fables.

The Lion and the Mouse

The Lion and the Mouse is a retelling of one of Aesop's fables. In the fable, as Pinkney notes at the end of his book, a mouse disturbs a lion when he is resting, and the lion decides to release the mouse instead of eat it. Shortly after, a poacher catches the lion in a trap. The mouse remembers the lion's kindness in releasing her, and she chews through the rope in the trap to free the lion from the poacher.

Pinkney's book opens with several pages full of illustrations of the mouse in the story. She is shown watching the sun set, digging through a hole, and scampering through the prairie. Then, without seeming to realize it, the mouse happens upon a lion and climbs up to the lion's back.

The mouse immediately returns to her home and family, and the lion stays in the jungle among the other large animals. Pinkney's illustrations then depict a team of poachers coming into the jungle and setting up a rope trap under a tree with a pulley system. When the lion trips over the trigger for the trap, he is caught up in a net and roars so loudly that the mouse hears from far away.

The mouse goes to investigate the roar and discovers the trapped lion. She begins nibbling through the ropes that hold him in the trap, and she continues to nibble and scratch at the ropes until she releases the lion.

There tends to be a lot of detail in all of Pinkney's drawings, and he carefully outlines each animal and object with pencil or pen before he paints over it, so studying the illustrations will yield fascinating layers throughout each piece of art. Kids of all ages who like to draw or who are interested in becoming artists when they get older may enjoy Pinkney's book just as much as young children who can't read, since it can provide them with a bounty of inspiration for their own art.

0
Comments
© 2006-2020 LoveToKnow, Corp., except where otherwise noted. All Rights Reserved.
Resources, Advice & Tips for Covid-19
Read More
The Lion and the Mouse