Help your kids discover the joy of reading and a taste for adventure with amazing adventure series for children. The books in these series will keep your children coming back for more. 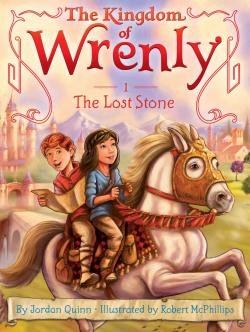 The Kingdom of Wrenly

With a reading level of about first grade (or a little higher or lower) and an interest level ranging from preschool through early elementary, the Kingdom of Wrenly series is an excellent series of picture book adventures for young readers in search of adventure. Written by Jordan Quinn and illustrated by Robert McPhillips, this series is typically highly rated by readers, as evidenced by mostly five-star reviews on Amazon for many of the books in the series.

The book series focuses on the adventures of 8-year-old Prince Lucas and his best friend Clara, who is the daughter of the palace seamstress. Each book brings a new adventure in the land of Wrenly and surrounding areas that feature mystical creatures like mermaids, dragons, trolls and faeries. Your children will love following Clara's and Lucas' adventures in books such as Sea Monster, Scarlet Dragon and Witch's Curse.

Kirkus Reviews calls the illustrations "charming" and the narration "gentle," indicating these adventure books are great for budding readers or as read-aloud books for younger children. You can purchase the books in various formats wherever books are sold, or through the publisher, Simon and Schuster.

Mary Pope Osborne began writing her Magic Tree House series over 25 years ago, and in 2017 the series was given a new look and re-branded for a new generation of readers. With an accelerated reader (AR) level of between 3 and about 5, these books are good early chapter books for kids reading at about a second or third-grade level. Younger children will also enjoy them as read-alouds.

The books tell the story of Jack and Annie, who discover a magic tree house that takes them on adventures throughout history. Osborne has told the story in more than 25 books (with new titles planned), and many of these tales have wound up on The New York Times best-sellers lists. Books in the series include Dinosaurs Before Dark, A Big Day for Baseball, Mummies in the Morning, and the Night of the Ninjas, and there are other series related to the books including Fact Tracker series that show the facts behind the stories, and Merlin Mission series, which offer more advanced adventures featuring Jack and Annie.

Common Sense Media reviewer Barbara Schultz says the series is wonderful for young readers, and while parents may find the formula a bit repetitive, kids remain fascinated and comforted by Jack and Annie's adventures. Buy the books anywhere books are sold, or purchase a boxed set with 28 books at Amazon.

Animal lovers will enjoy Erin Hunter's Warriors series (sometimes called Warrior Cats). With a reading level of grades three through six and an interest level spanning up to eighth grade, these adventure books will appeal to upper elementary and early middle school kids.

The series focuses on clans of feral cats who live in the forest and worship their clan ancestors. The books follow the tension among the clans, as well as the outcomes. The series has multiple subseries focusing on various clans, origins, and prophecies, each expanding on the world created throughout the entire series.

Many books in the series have reached The New York Times Best-sellers lists for children's books, and reviewers on Goodreads rank the books high, giving the first book in the series 4.5 out of 5 stars. Adult reviewers tend to say the books and plots don't necessarily make sense to grown-up brains, but kids love them and enjoy the world Erin Hunter (a pseudonym for multiple writers) creates.

You can find individual and boxed sets of all the Warriors books on Barnes and Noble.

4. My Sister the Vampire

Goodreads users love this adventure fantasy series for kids aged 8 to 10, giving most of the books average four to five-star ratings. Written by Sienna Mercer, the series focuses on focuses on 13-year-old Olivia, who, after moving to a new town, discovers she has an identical twin sister Ivy Vega, who is a vampire. The series focuses on the life of teens in a town with more than one vampire and all the issues that come along with that.

One reviewer calls the books "cute and sweet," noting her tween daughter loves them. The books are relatively short, which makes them attractive to kids who feel discouraged by longer novels, and the series has more than a dozen books. You can purchase them in single books or as a collection on Amazon. 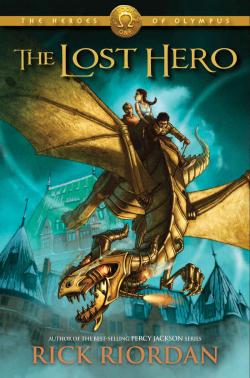 Older readers and Percy Jackson fans will love Rick Riordan's Heroes of Olympus series. The books are the sequel to the Percy Jackson and the Olympians series that center around a prophecy established in the Percy Jackson books predicting seven demigods would unite and protect the Earth, and this series follows the adventures of the demigods at Camp Halfblood, who were seemingly normal teens before their status as a demigod was discovered.

The books have collectively spent time on many best-sellers lists, including New York Times and Publisher's Weekly, and fans are seriously enthusiastic about the series's Percy Jackson pedigree. Reviewer Wanjiku Gatheru says the first book of the series, The Lost Hero, is packed with adventure and a "page-turner" that is "hard to put down."

You can buy the Heroes of the Olympus books alone or as a boxed set from Walmart. It has a reading and interest level for kids grades six to twelve.

Adventure From Cover to Cover

Whether your kids enjoy these books or some of the classics, like the Chronicles of Narnia or Harry Potter, adventure series draw young readers in and keep them turning pages until the very end.