Audiobooks allow kids the same excitement of hearing a story out loud at story time or bedtime only they can listen to it anywhere and anytime or on their own. Readers with amazing voice tricks are often hired to give the story a new element of action as they narrate. These award-winning selections are great for listeners from preschool to middle school.

The best-selling picture book Ada Twist Scientist only gets better with this lively audio reading. Written by Andrea Beatty and illustrated by David Roberts, this Parent's Choice Recommended audiobook is the latest in a rhyming series about inventive, curious children from Ms. Grier's fictional second-grade classroom. Thanks to all the silly questions and lyrical text, young readers ages three and up will love Bahni Turpin's narration of this nine-minute story. 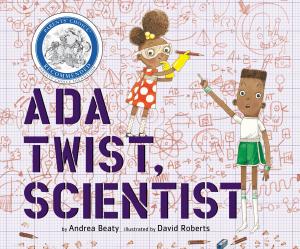 Listed by the Association for Library Service to Children (ALSC) as a Notable Recording of 2017, this collection of nearly 30 poems is best read out loud. Written by Charles R. Smith, Jr. 28: Moments in Black History that Changed the World features 28 days worth of poems about lesser-known influential people in African-American history. Each poem is brought to life by readers Dion Graham, William Jackson Harper, Zainab Jah, January LaVoy, Robin Miles, Lizan Mitchell, Jonathan Earl Peck and Carter Redwood. Published in 2015 the unabridged half-hour recording is great for kids ages five and older learning about history. 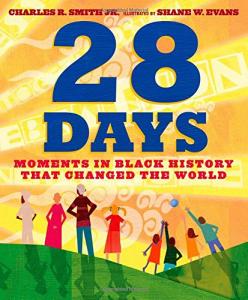 28 Days: Moments in Black History that Changed the World

Christopher Myers' beautiful picture book My Pen comes to life as an ALSC notable recording for 2017. Throughout the story, Myers describes all the amazing things his pen can do. The audiobook version displays this same sense of wonder and imagination as the author himself narrates the story with help from a thoughtful musical score and interjections from narrator Dion Graham as the voice of some of the illustrations. Bring this 2017 Georgia Children's Book Award finalist home by heading to your local library to find a copy of the fourteen-minute audiobook on CD.

When you look at the top audio books on Amazon you get some expected results like all the Harry Potter books, then you get the self-published Ascendant by Craig Alanson. The audiobook published by Podium Publishing sits in the Top 15 audiobooks on Amazon alongside dozens of famous books titles and authors. Narrated by Tim Gerard Reynolds, the story follows a boy named Koren who hasn't been told he's a wizard and a young princess named Ariana who find that working together, despite all the harm caused by adults around them, can save a kingdom. This work of juvenile fiction requires about seventeen hours of listening time making it best suited to upper elementary and middle-grade students. The second book in the series, Transcendent, is also available as an audiobook. 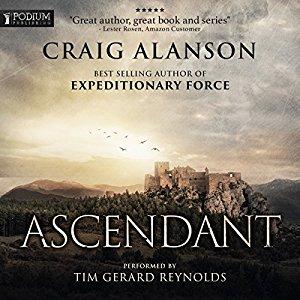 Earning both a 2017 Odyssey Honor and an ALSC Notable mention, Dream On, Amber by Emma Sheva is perfect for kids preparing to enter middle school. This 272-page novel shares the all-too-realistic story of Amber, a half-Italian half-Japanese girl with a big name and an absent father. If there's one person who wishes for Dad to be around more than Amber, it's her little sister. So, Amber takes things into her own hands to make life seem more magical for her little sis. Narrated by Laura Kirman, the unabridged version runs about four hours long. 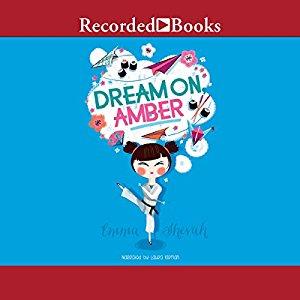 One of the 2016 Odyssey Honor audiobooks, Echo by Pam Muñoz Ryan is a 600-page novel for older elementary and middle school students. The fictional work explores a thread of destiny carried by a harmonica that binds the life of four kids across time and the world. Each of the children faces difficult challenges in their life they must work to overcome. The entire recording lasts about ten hours and is narrated by Mark Bramhall, David de Vries, MacLeod Andrews and Rebecca Soler. 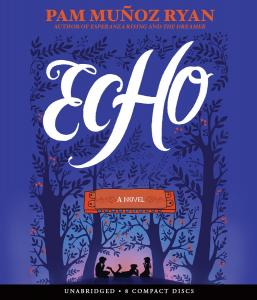 Sachiko by Caren Stelson is a work of narrative nonfiction detailing the true account of Sachiko Yasui's experience as a child who survived the bombing of Nagasaki during World War II. The book has received dozens of awards and mentions on notable lists and is a Parent's Choice Gold Award audiobook for kids ages ten and older. Using two voices to control the tone of the story, Katherine Fenton reads Sachiko's personal accounts and John Chancer reads the more factual/historical information. The book follows Sachiko through that day's events and her life for decades after. 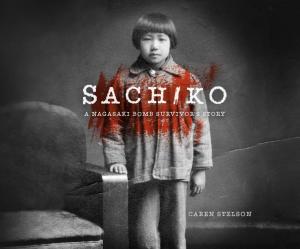 If you want to help bring stories to life for your child, try listening to popular titles in audiobook format. With formats like MP3's or CD's, you can listen in the car, on a tablet or on your phone to help pass the time in a fun, screen-free way.