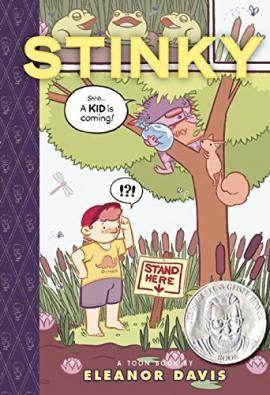 Introduce young readers to a comic book made for preschoolers. Stinky by Eleanor Davis is a 32-page hardcover comic published in 2008. With an interest level for ages 4 or older and a reading level for first to second grade, this easy read is fun for young kids at a slightly advanced reading level. The story follows a lovable monster named Stinky who is afraid of humans. After a boy wanders into the swamp where Stinky lives, Stinky makes plans to scare the boy away.

Kids will love Stinky's antics and parents will love the hidden lesson about conquering fears. Stinky is a 2009 Theodor Seuss Geisel Honor Book. Publisher, Toon Books, sells this fun comic for around $13. While the hardcover format doesn't fit the idyllic paperback comic book style, and some might consider it the youngest version of a graphic novel, the publisher refers to this as "high-quality comics for kids ages three and up." They also offer a free, downloadable lesson plan and a video where you can watch and read the book. 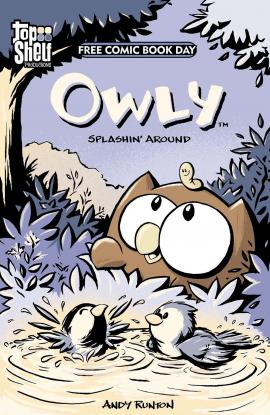 Owly is a wordless comic book series that you can read for free online. It's perfect for preschoolers and emergent readers, ages 3 to 7, but will also entertain older children and even adults. The main character is an adorable round little owl who goes on brief, fun adventures and makes new friends. Using expert facial expressions and a few symbols or animal sound words, creator Andy Runton offers sweetness and laughs in just a few pages. Owly comic books have been given out annually from 2005-2011 on Free Comic Book Day and you can read all nine of those issues free online.

Each digital version is in PDF format so you can print them out at home. 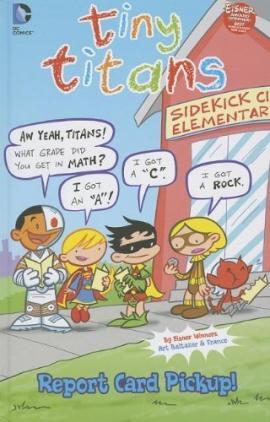 Originally published in 2008, Tiny Titans by Art Baltazar and Franco Aureliani is a comic book featuring kid versions of DC superheroes. The series features 50 issues with the last released in 2012. In 2014 and 2015 a new six-issue miniseries called Tiny Titans: Return to the Treehouse was released. The entire series is set in an elementary school and each issue focuses on a few stand-alone stories. While each issue typically features different characters, Robin has recurring roles and serves as the group leader. It's best for early elementary age kids.

The series can be split into 9 volumes, each selling for around $10-$12. The title gives you an idea on the theme of the content although each volume contains several independent stories:

In 2009, the series was awarded the Eisner Award in Best Publication for Kids. Because it features male and female characters along with a couple babies and adults, this series is great for all kinds of readers. 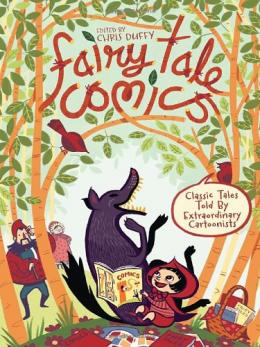 Published in 2013, Fairy Tale Comics is a hardcover book featuring 17 individual comic strips each inspired by a classic kids fairy tale. According to publisher Macmillan, the collection is a New York Times Best Seller, New York Times Book Review Editor's Choice, and has won Bank Street's Best Children's Book of the Year. Some of the included adaptations are Baba Yaga, Rapunzel, Puss in Boots, and Little Red Riding Hood. Author/Illustrators include Raina Telgemeier and Brett Helquist. Since each is written and drawn by a different cartoonist, you'll find different styles throughout the collection. A School Library Journal reviewer raves for adults it's "a fascinating look at modern culture through the lens of classic stories." However, children will find it an "exciting, funny... collection of unique versions of their favorite tales." It's ideal for kids in early elementary, ages 6 to 12. 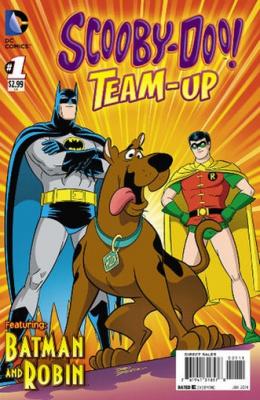 First published in 2013, the Scooby-Doo! Team-Up series is still being published. These comics, which are best for ages 7 to 10, are what you get when superheroes meet classic mystery-solving with Scooby-Doo and the gang who are iconic characters featured in TV, movies, and print for over 40 years. In each issue, you'll be introduced to one or two characters from DC Comics in cooperation with all the Scooby-Doo characters. Each issue is illustrated in a classic comic book style with crisp colors and lines on boldly colored backgrounds

The first 18 issues were published on a bimonthly basis. Since then, issues come out on a monthly basis. There are currently 31 titles with at least three scheduled for publication by early 2018. Comic Book Roundup reports critics give the series an average rating of 8/10 while readers give it an 8.5. Other readers agree this comic is nostalgic, fun, and offers a new look at DC superheroes as evidenced by the 4/5 rating from over 100 user ratings on Goodreads.

Abigail and the Snowman 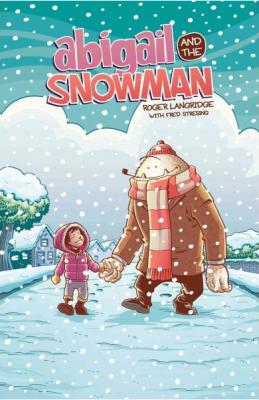 Abigail and the Snowman

Published in 2014-2015 this action-packed series about friendship, loyalty, and teamwork is recommended for readers of all ages although the main character is a nine-year-old girl. The illustrative style is simple and funny which led one reviewer to call the books "an effective marriage of the mundane and the insane." Paste magazine lists Abigail and the Snowman as one of the 50 Best Kids Comics of all time because it seamlessly pairs deep emotions with witty charm.

Abigail and the Snowman, by award-winning cartoonist Roger Langridge, features four issues. The first three books are around 30 pages each while the final issue is closer to 50 pages.

Children's comic books provide an easy read for many kids with high-interest levels thanks to the fantasy worlds and vivid illustrations. Girls and boys of all ages love comics because they are typically short on word count and big on humor or action.