Japanese cartoons and comic books have become a favorite of kids, teens, and even adults. Known as Manga, these comics typically combine science fiction and fantasy themes with a distinct style of illustration. However, other books incorporate romance, action and adventure, and even themes kids and teens face on a regular basis. Since adults also enjoy the genre, many also incorporate mature adult themes such as sex and romance. Instead of sending kids into the Manga section of a bookstore unsupervised, parents should do their research to help make sure the Manga books their kids choose to read focus on age-appropriate themes and scenarios.

These titles feature younger children, cute animal characters, and scenarios designed to appeal to young readers. Some begin to introduce elements of fantasy, while others simply incorporate animals, characters, and subjects younger kids love into the traditional Manga style. 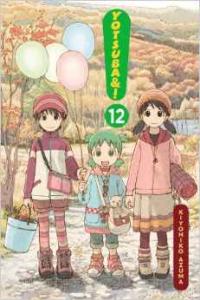 Yotsuba! by Kiyohiko Azuma follows Yotsuba, a little girl with a fun and adventurous personality. Kids will appreciate the colorful graphics and following Yotsuba throughout the volumes as she lives her life, meeting new people, exploring the world around her, interacting with Daddy, and learning some new lessons.

Dinosaur Hour by Hitoshi Shioya takes place during the time of dinosaurs. The only volume published teaches kids a short lesson about dinosaurs, and then leads them through short, humorous chapters that show the dinosaurs interacting with one another.

The Big Adventures of Majoko

The Big Adventures of Majoko by Tomomi Mizuna and Machiko Fuji introduces kids to Nana and Majoko, a wizard girl who pops out of a lost diary. With its focus on fantasy, the girls in the series go on adventures where they interact with wizards, cast spells, and meet many unique creatures.

Ninja Baseball Kyuma by Shunshin Maeda combines, as the title suggests, ninjas and baseball. Kyuma becomes the first ninja baseball player thinking that the captain of the team is his ninja master. As kids follow the series, they'll see Kyuma's transition from thinking baseball is a ninja battle between the two teams to actually learning how to play the game.

Happy Happy Clover by Sayuri Tatsuyama introduces kids to Clover the bunny and her bunny friends. However, these aren't your ordinary bunnies. As they travel around in their forest home, the bunnies get into mischief, discover enemies, and embark on a variety of adventures.

Manga designed for kids in late elementary school begins to introduce more elements of fantasy, adventure, and science fiction. As kids read these action-packed stories kids also learn important life lessons as they see how the characters' actions impact their lives and the lives of those around them.

Fairy Idol Kanon by Mera Hakamada focuses on young girls and their love of fairies. In this series three girls use the power of the fairies to help turn them into famous singers. As the girls go to compete on a reality-style music show, they learn to work together and solve a variety of problems.

Swans in Space by Lun Lun Yamamoto helps get girls interested in science fiction. A full color Manga, it follows Corona and Lari, new members of the Space Patrol, as they help save those in trouble and explore new planets in the galaxy.

Leave It to PET!

Leave It to PET! by Kenji Sonishi shares the story of nine-year-old Noboru and a plastic bottle that has come back to life as PET. Throughout each volume, kids experience PET innocently trying to help Noboru, but ultimately causing trouble, which results in some pretty hilarious situations.

Law of Ueki by Tsubasa Fukuchi follows Ueki, a boy who lives in a world where everyone except him has had their memories stolen. Kids can read about Ueki as he tries to retrieve the stolen memories. There is also a video series based on the books.

Children of the Sea

Children of the Sea by Daisuke Igarashi focuses on Ruka and her connection to two boys who were raised in the sea. Ruka gets involved in investigating the mysteries that may be caused by the two boys in this action-packed and mysterious series.

Pre-teens and teens often want something a little more adventurous with text that pushes the envelope a bit. While still entirely appropriate, books designed for this age begin to incorporate even more action and adventure. They may also introduce storylines involving romance, peer pressure, and some of the other aspects of life pre-teens and teens face every day. 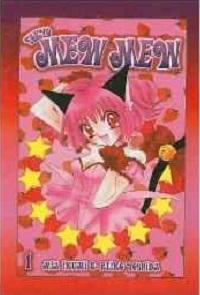 Tokyo Mew Mew by Reiko Yoshida introduces readers to typical pre-teen and teen girls whose DNA has been merged with the DNA of an endangered wildcat and other endangered animals. These girls become part of the "Mew Project," designed to protect the world from aliens. This lengthy book series has also inspired video episodes.

Maximum Ride written by NaRae Lee and best-selling author James Patterson follows 14-year-old Maximum Ride, a girl who can fly. The story follows Max and her "flock" as they interact with criminals and go on flying adventures. The book has been adapted from James Patterson's series of the same name and enhanced with Manga illustrations.

Instant Teen by Fukishima Haruka tells the story of a fifth-grader who just wants to be older and more appealing. She eats a bag of nuts designed for adults only and instantly becomes a teenager. However, it's not all fun and games because she gets into some crazy situations. While the book features some love connections, it also teaches key life lessons.

Shaolin Sisters: Reborn by Narumi Kikinouchi tells the story of three sisters who are members of an ancient martial arts clan. Set in the modern-world, the series takes the girls through a series of high-powered adventures.

When it comes to choosing Manga for kids, parents need to view all Manga with a critical eye. The comic-style makes it look like most titles were written to appeal to kids, but most actually focus on adult audiences. Most Manga comes labeled with one of five ratings:

Most libraries group Manga based on its age-ranges, placing kid-appropriate Manga in the children's section, Manga rated Y and T in the young adult section, and so on. However, not all libraries have large enough Manga collections or the space to group them appropriately. At bookstores, Manga may also be grouped together into one section. To find the ratings, parents can look on the back of the book near the synopsis, but should also know that not all publishers include ratings on their books.

Awards to Look For

In addition to checking out the ratings on Manga, parents and children may want to seek out award-winning and notable Manga series. For example, the Stan Lee Excelsior Award gives out awards to popular Manga titles as voted on by kids ages 11 through 16. The American Library Association also regularly names its Top Ten Graphic Novels for Teens and puts out a Graphic Novels Reading List, both which include many Manga books suitable for kids and teens.

Because most Manga is read from right to left in the traditional Japanese-style, it may be hard for kids to understand it at first. However, once they get the hang of it, they'll appreciate the unique writing-style and graphics. It may particularly appeal to disinterested readers and kids who have trouble focuses on large blocks of text at a time, along with those who want to read something a little more action-packed and exciting.