Number the Stars is a fictional story of friendship, loyalty and courage set during the Nazi occupation of Denmark. This book, by Lois Lowry, won the Newbery medal for the most distinguished contribution to American children's literature in 1990.

The story begins in Copenhagen during the Nazi occupation, with ten-year-old Annemarie, her best friend Ellen and her younger sister Kirsti. While there are signs of war, such as soldiers on street corners and food rationing; the older girls' lives mostly focus on school and homework while Kristi dreams of fairytales filled with kings and queens. After meeting a policeman on a street corner, the girls overhear adults speaking of Jewish neighbors disappearing and the situation becomes tense.

One night Ellen comes to stay with Annemarie and her family. Ellen's parents have had to move away and nobody, not even Ellen, seems to know where they are. Then the Nazis begin to search the neighborhood, including Annemarie's home. The family decides to visit Annemarie's uncle in the country. When they arrive things are different to previous happy vacations. A plan is gradually revealed to move Ellen and her family to safety in Sweden.

The adults begin to carry out the secret plans but something goes terribly wrong. Annemarie must decide if she should risk her safety to save her friend.

This novel is recommended for children in grades four to six. It appeals to children because of the theme of friendship, and the suspense will keep kids turning pages. Girls especially may like the strong female protagonists of Annmarie and Ellen, who at 10 years old, are portrayed as quite mature.

This book is an ideal way to introduce the difficult topic of the Holocaust as it is presented carefully to not be overwhelming. There is a sense of threat, but Annemarie is told by her uncle, "it is much easier to be brave if you do not know everything." While the threat of danger is implied, there are no specific details on what happens if you're captured. The book provides an opportunity to discuss a range of topics such as loyalty, friendship and making difficult choices.

Parents should be aware of the difficult subject matter of this book. Though the violence is subtle, it may still be troublesome to sensitive children. However, it is a good springboard for discussing topics such as war, imprisonment and racism.

Professor Liz Spalding of UNLV supports teaching children about the Holocaust. She recommends focusing on right and wrong, rather than details of violence, and suggests helping children find inspiration in those people who did good things in difficult times. 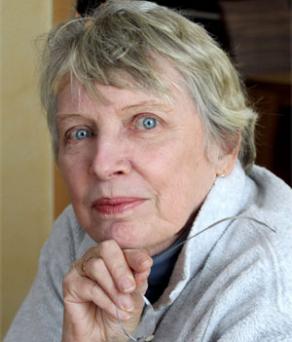 Lois Lowry is an American author who has written more than 30 children's books. Lois also loves photography and has taken the cover photos of some of her books including the photo on the cover of Number the Stars.

Lois is recognized for her ability to tackle difficult topics in children's books, including war, cancer and death. A n article in the New York Times shares, Lowry feels a person's ability to understand other people's feelings is one of the most important gifts one could have.

While Number the Stars is certainly not a light-hearted read, it is a well-written book and most children will enjoy it and find it fascinating. As in all her books, Lowry has a way of captivating her audience and bringing them right into the hearts of her characters. For the later elementary ages, this is a definite 'must read.'