Rick Riordan's best-selling Percy Jackson and the Olympians series features books for kids ages 9-12 who love all things mythology. The series chronicles the journey of twelve-year-old Percy who discovers he's a demigod and must work with others like him to save the world. While the hardcover books are fun to read, the stories truly come to life in audiobook format.

While there are many supplemental books and a series offshoot, the original Percy Jackson series features five middle grades novels. Get the first five books in an epic CD collection narrated entirely by Jesse Bernstein for around $150. Each book runs about eight to ten hours in listening length as described under individual titles. If you prefer buying one book at a time for your iPod, each of the original books is available on iTunes for around $20. Reviewer Keira says "Jesse Bernstein sounds exactly like how I imagine a 12-year-old boy like to sound. He has excellent kid voices."

Readers meet Percy Jackson, an adolescent boy with a bad temper and strange things happening around him. When his mom finally shares the truth about Percy's absent dad, Percy heads off to Camp Half-Blood to meet other demigods like himself. With great powers come great responsibility and it's up to Percy and his magical friends to solve a mystery and save the world from the gods. With the audio version listeners finally get to hear the sarcasm and humor in Percy's voice. Publisher's Weekly says "Listeners will be hanging on every zippy chapter here." in this ten-hour recording.

The Sea of Monsters

When Camp Half-Blood is in danger, Percy and his friends must cross the Sea of Monsters on a quest to collect the only magical object that can protect everyone back at camp. This seven-hour recording is full of danger and mystery.

Percy and his demigod friends are back in the mystery game as they help search for a missing goddess in order to find and destroy an ancient monster who has been awakened. You'll need to set aside about eight hours to listen to the entire book. 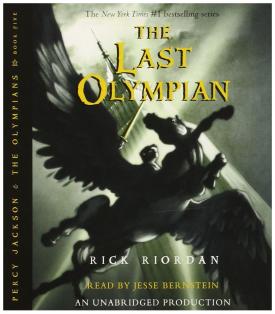 The Battle of the Labyrinth

Percy's heading off to high school soon, but first he must stop the war between the gods and Titans. Percy and his friends head underground into a dangerous maze to begin the first battle in the greatest war of the worlds. This penultimate book lasts about ten and a half hours.

The war between Titans and gods has begun in the streets of New York City. Percy and his allies must save the world and hope the prophecy about Percy's sixteenth birthday can help. The longest of all the original books, this final story runs about eleven hours.

Thanks to the success of the original series, author Rick Riordan gave fans more to read about Percy and his world. Jesse Bernstein once again narrates all the supplemental audiobooks. Each book listed is available on Audible, prices and lengths are explained under each title. You'll need an Amazon or Audible account to access the books and you can read them free for a limited time with Audible's free 30-day trial. 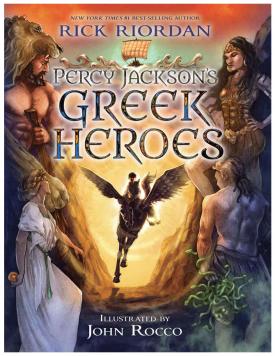 Learn more about Percy and the other book characters in this fun companion full of interviews, maps, and three short stories. Audible and Barnes and Noble sell this three-hour book for around $15.

Find out more about all the classic Greek heroes you learned about in school as told by Percy Jackson himself. For $20 on Audible you'll get over fifteen hours of listening fun.

Percy tells readers everything they need to know about the most prominent Greek gods in this twelve-hour audiobook. It costs about $35 on Audible and a couple dollars less at Barnes and Noble.

In Camp Half-Blood Confidential: Your Real Guide to the Demigod Training Camp readers get to know every secret hidden on the Camp's grounds. Consider this an orientation manual that goes beyond the obvious to introduce new campers to their new home. You'll only need about three hours and $20 to listen to these stories on Audible.

Fantasy world's like that of Percy Jackson come to life when you listen to the audiobook version. If you're low on cash and don't mind a copy you can't keep, most of these audiobooks are available through public libraries to borrow for free in CD format.