Rick Riordan is best known for his books that focus on taking ancient mythology and meshing it with a modern day setting, inspiring an entire generation of young readers to not only learn their mythology, but to read. His books, particularly the Percy Jackson series, have won numerous awards, and have been beloved by millions.

Percy Jackson and the Olympians

The world of Percy Jackson spawned not only the original series, but a sequel series and a host of supplementary material. The books are geared to kids who are in fourth through ninth grade, and it's notable that Percy, the main protagonist, has dyslexia and ADHD - an idea that is woven into the plot. Titles in the series include:

Percy is your average teenager, or at least that's what he thinks, until he learns he is actually the son of Poseidon, which makes him a demigod. His demigod status lands him at Camp Half-Blood, a sort of training grounds for mythological creatures like himself. In each book of the series, classic stories from Greek mythology are woven into a plot-twisting adventure that kids cannot seem to put down. For example, in the first book of the series, Percy Jackson is accused by the gods of Olympus of stealing Zeus' thunderbolt. Percy and his friends go on journey to find the thunderbolt, meeting many challenges along the way. In the end, it turns out that Kronos (defeated king of the Titans) has stolen the thunderbolt in a bid to retake Mount Olympus.

The Heroes of Olympus 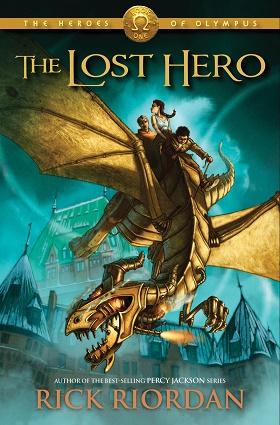 The Heroes of Olympus is the sequel to the Percy Jackson series featuring the same main character, Percy Jackson and his friends. Of course, the books introduce new characters as well. Titles in this series include:

The main plot point in The Heroes of Olympus is based on a prophecy that was given in the last book of the Percy Jackson series. The prophecy calls seven half-bloods (which one can assume, includes Percy and his friends) to join forces to protect the earth from Gaea, who is intent on destroying it. Each book has the half-bloods thwarting Gaea's plans as crew members of the Argo II.

This series is a fascinating mix of Greek and Roman mythology; a mix that frequently leaves kids wanting more. In true Riordan fashion, the series ends on a cliffhanger with one of the main protagonists deciding to rescue another.

As the demand for the world of Percy Jackson grew, so did the collection of supplementary material that you can get. 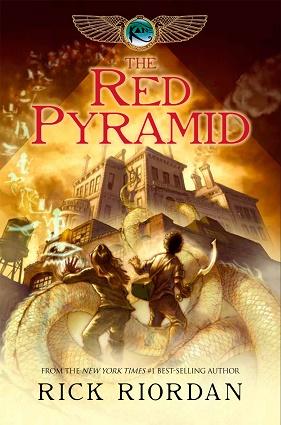 Set in the same universe as the Percy Jackson series, The Kane Chronicles explores Egyptian mythology with flare. Books in the original series include:

The Kane Chronicles feature two siblings, Carter and Sadie Kane, who are descendants of the great pharaohs, Narmer and Ramses the Great. Throughout the series, the siblings learn to use ancient Egyptian magic, as well as come face-to-face with ancient Egyptian gods, magicians, and god-monsters. The action is fast-paced, and the books take readers all around the world. There is a lot of magic, as the books use the idea of ancient Egyptian magic as a key story element.

A Riordan series isn't complete without a cache of crossovers and complimentary materials designed to draw the reader even more into the characters' world.

Magnus Chase and the Sons of Asgard

What's left to explore after ancient Greek, Roman, and Egyptian mythology? Norse mythology, of course. Set in the same universe as Riordan's previous books, the Magnus Chase series explores Norse mythology through humor and adventure. Titles in the series include:

Synopsis of The Sword of Summer

The book starts with homeless teenager, Magnus Chase. He spends his life trying to avoid the law and finds one day that his uncle and cousin are looking for him. While trying to outmaneuver his uncle, he actually falls right into his uncle's clutches, who reveals to him that he is the son of the Norse god of fertility, Frey. The story really starts when Magnus is confronted with a fire monster and is faced with a choice: protect the innocent people of Boston or run. He gives his life to protect the people in Boston and ends up at Hotel Valhalla. (Valhalla is Norse mythology's version of heaven for those who have died in battle.) From there, Magnus is challenged and has to make many tough choices to succeed.

Rick Riordan is also the man behind the wildly popular 39 Clues series. Each book is written by a different author, but Riordan starts out the series with the book, Maze of Bones and introduces readers to the Cahill clan. Riordan also designed the story arc for the entire series.

You can purchase Riordan's books at just about any bookstore including Barnes and Noble, Amazon, or from Disney's Rick Riordan site. Your kids will be inspired to learn more about mythology, to read, and to embrace Percy Jackson's multi-faceted saga.