Great nonfiction has the power to capture any kid's imagination, and biographies for reluctant readers are among the most compelling choices. In some cases, truth really is stranger than fiction, and there are a myriad of fascinating stories for kids to prove it.

There's a good chance that any of the below titles will hold a struggling reader's attention for more than just a few pages. However, the best course of action for finding successful biographies for reluctant readers is to seek books that focus on the children's interests. A librarian or teacher can help guide your search.

Amelia Earhart: The Legend of the Lost Aviator

Shelley Tanaka's Amelia Earhart biography has an exciting narrative voice and details one of the most incredible stories in history about how a woman could vanish without a trace. The bio made Booklist Online's 2009 list for the "Top Ten Biographies for Youth," and it's an excellent choice for elementary-school kids who aren't yet ready to delve into middle-grade books. Additionally, Tanaka's writing begins with Amelia as a child, which is an instant identifier for kids and yet a perspective that other volumes rarely offer.

Escape!: The Story of the Great Houdini 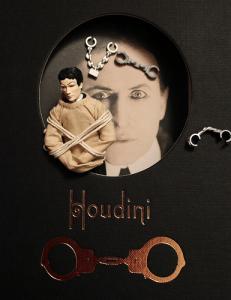 Sid Fleischman's biography of the great Harry Houdini is an entertaining read, full of fun anecdotes and interesting photographs. Fleischman used to work as a vaudeville magician himself, and he got to know Harry and his wife, Bess, as a young boy. Consequently, the Houdini biography features several photographs that are exclusive to Fleischman and were personal gifts from Bess. The great visual aids in the book will make it accessible to middle-grade or upper-elementary kids who aren't keen on large blocks of text, and it's also an easy volume to scan rather than read all the way through.

Odds are good that most kids won't know the story of Claudette Colvin, a black teenager who refused to give up her seat on a bus almost a full year before Rosa Parks became famous for the same act. Phillip Hoose writes Colvin's story, which he obtained from multiple interviews with her. Although it's not the best book choice for elementary-aged or middle-school kids due to its somewhat advanced content, junior-high and high-school students who aren't keen on reading might whip through the volume, which is a svelte 160 pages.

Although Anne Frank's diary is technically an autobiography since she wrote it herself, it's one of the most intimate, amazing literary portraits ever penned by anyone. For hundreds of kids, it's required reading, so they'll give the book a try whether you coax them to or not. But if you know a kid who doesn't have to read the book for school, especially a girl, give her a push to look at the diary. It can seem intimidating because it's quite long, but some kids may be more willing to consider the book if you give them a condensed, exciting version of the facts behind Anne's story. 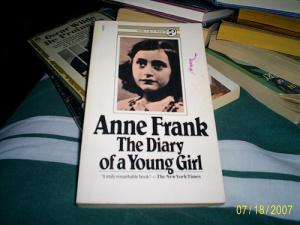 Although the above titles are some of the most popular among struggling readers, they don't even scratch the surface of the vast biography selection that's available for kids. Biographies of pop stars and sports stars, for example, may be shorter-lived and not quite as well-written, but they have the ability to grab the attention of some kids who won't even consider reading about historical figures. Turning the pages of a book may never be a favorite activity for reluctant readers, but by tracking down books that reflect their interest, you can help show them that reading does have the potential to be worthwhile after all.