The Divergent Trilogy by Veronica Roth surely should appear on many teens' lists of great books and movies. Themes of individualism and belonging abound in this emotional rollercoaster of a story. It is all about the "factions," the groups, into which each and every individual should slot like neat packages.

Which faction would you be in? Are you brave like those in Dauntless? Do you value the truth above all else like the members of Candor? Do you believe in serving others like the Abnegation faction? Do you worship knowledge like Erudite? Or, would you prefer the Amity faction, where peace and harmony reign supreme?

Who Is the Series For?

Fans of the Dystopian genre, especially books such as Legend by Marie Lu and The Maze Runner by James Dashner, will enjoy the Divergent Series. Tris Prior, the heroine of the trilogy, is generally viewed as a good role model for teens. Common Sense Media, for example, points out that although the story is sometimes graphic and violent, the books contain positive messages and positive role models. They suggest that the series is for ages thirteen and up.

The world of the Divergent Series is set in a dystopian, future version of Chicago. It is a world where all individuals are put into factions based on what is considered their dominant characteristic or virtue. The five factions are:

Although children are raised within their families' factions, and most opt to remain in the faction they are brought up in, all sixteen-year-olds must undergo a faction aptitude test and an official choosing ceremony and select the group that they will spend the rest of their lives in. 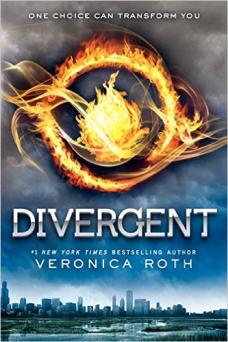 In Divergent, the first book in the trilogy, readers meet Beatrice Prior on the eve of her aptitude test which will soon be followed by an official choosing ceremony. Tris is an obedient member of Abnegation and is torn between remaining there with her family and friends or choosing Dauntless, the faction of the brave, as her new home. After discovering that she is what is known as a "Divergent," or an individual who does not fit neatly into any faction, Tris decides to join the tattooed, adrenaline-fueled ranks of the Dauntless.

However, going through initiation with the Dauntless faction is not for the fainthearted. Tris must fight hard to keep her place and stop herself from becoming one of the shunned, factionless individuals who have not made it within a chosen group. She meets new friends, especially bonding with Christina, a girl who grew up in Candor, and Four, a handsome Dauntless instructor. However, she also makes new enemies, namely Peter, who is also a transfer from Candor.

As more tests are carried out upon Tris and her Divergence becomes known to others, she understands how much danger being Divergent puts her in. When Tris discovers that Erudite leader Jeanine Matthews is hunting Divergents and has a plan to use the Dauntless as pawns, Tris finds herself in the midst of a political conspiracy which will affect the lives of all the factions. 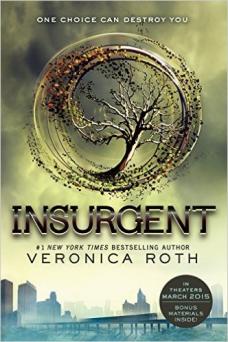 Insurgent, published in 2012, picks up immediately after the end of Divergent. Tris and her allies have thwarted Jeanine and Erudite for the time being but are on the run and forced to seek refuge with Amity. However, Erudite have not given up and soon arrive at the Amity compound along with Dauntless traitors to attack Tris and her friends. Tris and her crew escape, but flee to a factionless house where they discover that Four's mother, Evelyn, is unexpectedly alive and leading the factionless. Like Jeanine, Evelyn would like to run things in the city, and plans to begin by exterminating the Erudite using the Dauntless and the Factionless as her allies.

Factions are fighting amongst themselves as well as against each other. It is very hard to know and trust any individual's agenda. The final straw comes when a stolen videotape reveals that life within the factions was not devised for the good of the occupants, but rather as a cruel governmental scheme.

As Tris discovers these facts as well as the secrets of her mother's past, life as she knows it appears to be over. 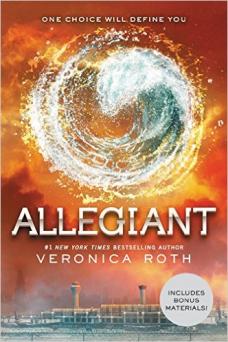 At the beginning of the third installment in the Divergent Series, Tris is languishing in prison and the society and structure of the factions which she once took for granted has been destroyed. After she is let out, she meets a group who calls itself the Allegiant, led by Johanna Reyes, who takes her outside the fence which encloses the city. Tris then meets David, head of the Bureau of Genetic Welfare, who informs her that the city of Chicago and the creation of the factions was part of a giant social experiment to eradicate the bad traits found in human society such as cowardice, dishonesty, and selfishness. Those whose genetics have healed are called Divergents.

David has a plan to reset the memories of all the people in Chicago but some others within the Bureau do not agree with this drastic plan. However, it seems that most are lying and have very different ideas which they are not willing to reveal. Tris finds that she must fight for the entire city and she realizes that this fight will involve great skill and sacrifice.

Beatrice, or Tris as she likes to be called, is a former member of Abnegation who transfers to Dauntless when she is sixteen after she discovers that she is Divergent. She still believes in the idea that true acts of bravery are inherently unselfish and that the brave should defend the weak. In her new faction, Tris is friends with Christina, Will and Four.

Tobias is a Dauntless instructor. He is originally from Abnegation and he famously only has four fears, hence the nickname. His father, who was abusive to him when Four was a child, is Marcus Eaton, a councilor of Abnegation.

Tris's mother was born into the Dauntless faction but later transferred to Abnegation. She is a secret Divergent who sacrifices herself so that her daughter can escape from the mind-controlled Dauntless.

Jeanine is the leader of Erudite. She wants to join forces, through whatever means at her disposal, with Dauntless to overcome Abnegation.

Tris's brother, Caleb, shocks Tris and the rest of the family by transferring to Erudite when he is sixteen.

Four's father, Marcus Eaton, is an important councilor within Abnegation. Four and Marcus do not enjoy a comfortable relationship.

Christina is a Dauntless initiate and friend of Tris. She is a former member of Candor.

Peter is a bullying Dauntless member and Tris' main enemy.

Tori is a Dauntless tattoo artist and the administrator of the factions' aptitude test. She knows that Tris is Divergent and encourages her to keep this fact a secret.

Evelyn is Tobias' (Four's) mother, long thought to be dead. She is the leader of the factionless.

Johanna is originally the representative for Amity. She becomes one of the leaders of the Allegiant.

David is the head of the Bureau of Genetic Welfare.

Born Amanda Ritter, Edith is possibly an ancestor of Tris who makes the video which explains the social experiment leading to the creation of the factions. Edith voluntarily wipes her memory to join the new faction life after making the video.

Divergent is available as a three or four book series (the four books include the companion volume: Four), from Barnes & Noble and Harper Collins Publishers, among others. In her Divergent trilogy, Roth explores the issues of belonging and individuality. At the beginning of the first volume, Divergent, the characters' sense of belonging is defined by their faction. By the end of the third installment, Allegiant, the characters understand that they are individuals with unique characteristics and goals. While some readers may find the trilogy dark and gloomy in places, it should be noted that these themes are important. As the series ends, most characters are embracing their new individuality and Allegiant wraps up the storyline with a message of hope.