Children have this exceptional ability to allow their mind to wander into bizarre and outrageous worlds. Fantasy series books offer a place for children's dreams to come alive over an extended period for both the characters and the reader.

In the Looniverse books, David Lubar introduces early readers to Ed, a normal boy whose life is turned upside down when he discovers an odd coin. 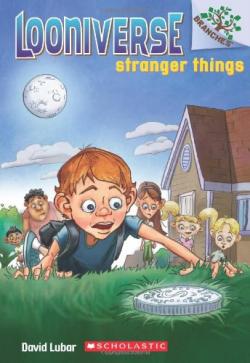 The Dragon Masters series follows Dragon-Masters-in-training Drake, Bo, Ana, and Rori as they learn how to connect with and train their dragons. In this illustrated series by Tracey West, early readers can start their love of fantasy with dragons, a king, wizards, and magic.

The Magic Tree House series follow brother and sister Jack and Annie, who discover a magical tree house filled with books. The magic in the books whisks them away on many adventures through time and across different worlds where they need to use research, riddles, and courage to solve problems and help those in need.

With over 50 titles divided into two sections, the second of which (The Merlin Missions) are longer than the first, this series is sure to keep kids interested and educated for the long haul. Popular titles include:

There are also over 20 nonfiction companions, known as Magic Tree House Fact Trackers, that give readers an easy way to find out more about their favorite places, subjects, and time periods.

The Spiderwick Chronicles, by Tony DiTerlizzi and Holly Black, tell the story of Simon, Jared, and Mallory Grace who discover a world of faeries after moving into the Spiderwick Estate. 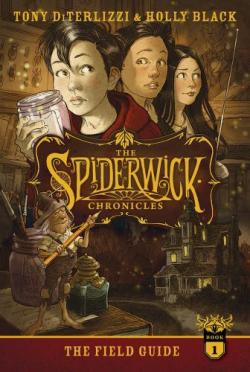 A number of companion books have been published alongside this series. There is also a second series - Beyond the Spiderwick Chronicles.

Sabrina and Daphne Grimm find themselves living in a town of live characters from fantasy and fairy tales, called Everafters. Working as detectives in the family business, they solve mysteries that might be connected to the disappearance of their parents. Michael Buckley offers this fantastic series in nine books. The Fairy-Tale Detectives is the first book in the series where the reader meets the Grimm sisters. They are sent to live with their mysterious grandmother after the disappearance of their parents. They learn of their relation to the Brothers Grimm and join the family fairy-tale detective business. Other books in the series include:

How To Train Your Dragon

In this action-packed series, Cressida Cowell introduces readers to Hiccup Horrendous Haddock III. Watch as Hiccup grows from a boy to a Viking Hero and 'Dragon Whisperer.' There are currently twelve books in the series, and box sets are available. In the first book, How to Train Your Dragon, Hiccup and a group of young boys on the Island of Berk are instructed to catch a dragon and train it to become full members of the tribe. Other titles in the series include:

Fantasy for 5th Grade and Up

The Chronicles of Narnia 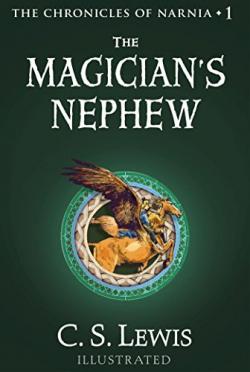 C.S. Lewis takes you on a journey to the land of Narnia, where anything is possible and talking beasts and witches await. The Chronicles of Narnia explores the adventures of various children who play important roles in the history of Narnia. There are seven books in this series, and while the Magician's Nephew is first in the series, it's The Lion, the Witch and the Wardrobe which is probably the most well-known of the seven books.

In The Magician's Nephew, Digory Kirke and Polly Plummer become friends and are tricked into travelling to another world. When they accidentally awaken a witch, Aslan the lion creates a new world to contain her.

In The Lion, The Witch, and The Wardrobe, four children step through a wardrobe into the land of Narnia which is enslaved by the white witch. However, Aslan returns, just in time.

There are few who haven't heard of the magical world of Harry Potter. With movies corresponding to each book and a themed amusement park in Florida, this series is more like an experience for children and adults. Eleven-year-old Harry Potter finds out he is no ordinary boy, but a wizard - and a famous one at that. As a baby he thwarted the darkest wizard there was and now he must kill the dark lord once and for all. J.K. Rowling wrote seven books for the series, each following Harry and his friends, Ron and Hermione, as they begin a new year at Hogwarts School of Witchcraft and Wizardry. Titles in the series include:

The Inheritance Cycle was written by Christopher Paolini. The series is made up of four books that chronicle the adventures of Eragon, a poor farm boy who takes his rightful place as a Dragon Rider. The books in there series include:

Leap into the magical world of Septimus Heap, who holds great magical abilities as the seventh son of a seventh son. The books chronicle his 'ExtraOrdinary' wizardry training as he learns to control and use his magical powers. In Magyk, the first book, the Heaps discover their beloved Septimus missing and declared dead by the midwife. Later, they find another newborn bundle in the snow and take her in. However, questions surround them. What happened to Septimus, and who is this mysterious baby girl? Other books in the series include:

Reading fantasy series to, or with, your child allows you both the chance to show off your creative side. The genre offers a magical experience for kids while a series enhances their ability to stick with something long-term, making fantasy series a win-win for parents and kids.