The Goosebumps series by R.L. Stine features dozens of middle-grade thriller/horror stories made with just enough scary characters and settings to frighten readers in grades four through six. After twenty-five years of publication, many of the stories are now available in audiobook format, so readers can feel the horror even more as they listen to the exciting tales.

In the original Goosebumps series, R.L. Stine wrote over 60 titles. Some of these original books were published by Walt Disney Records are available on audio cassette through either your local library for free or Amazon for about $10 to $20. Since these are early versions of audiobooks, the narrator and tape lengths aren't readily available. You'll need a cassette player to listen to these scary stories.

Book number 19 follows the underwater tale of Bill and Sheena. These kids think they've found the perfect spot for a deep-sea dive, but they may find more than just fish in the water.

Attack of the Mutant

Skipper gets lost in a part of his town he never knew existed in book number 25. However, when he finds a familiar fictional building from one of his comic books, will he be saved or in even more danger? 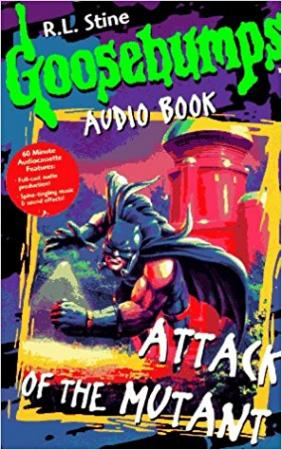 Attack of the Mutant audio book

A Night in Terror Tower

Readers head to London with Eddie and Sue for a group trip. When these two accidentally lose their tour group, the get lost in a tower and in time. This nightmare trip is featured in book number 27.

A Shocker on Shock Street

Erin and Marty can't wait to try out the rides at the new theme park inspired by their favorite horror movies, but is it all just a show? Book number 35 takes fun to a whole new level of fright.

In book number 36, Steve wants to find the scariest mask for Halloween this year, so he shops at the same store his friend Carly Beth did the year before. He shouldn't be surprised to get a similar result to her shopping experience.

In 2008 Scholastic, Inc. created the Classic Goosebumps series which features about 30 books. Some of these are original Goosebumps books with new cover art and fun extra features. Others are completely new titles. While some of these titles are the same for both series, the numbers are different because the Classic series doesn't include all the original books. These upgraded originals are now available in audiobook format complete with creepy music throughout, introductions by R.L. Stine, and bonus features like author interviews, trivia, and related activities. Get your copy for around $13 from Google Play or try a free 30-day trial with audiobooks.com or Kobo.

Tara Sands narrates classic book number 13 (original book number one) about Josh and Amanda who's family has just moved to a new town. Their creepy new house isn't exactly welcoming, but the other kids in town are even creepier. Set aside about two-and-a-half hours to listen to Welcome to Dead House.

Stay Out of the Basement

In classic book number 22 (original book number two) Margaret and Casey's dad is conducting some experiments in the basement of their home. But, some of these scary plants become more than just experiments. Elizabeth Morton narrates this two hour and forty minute tale. 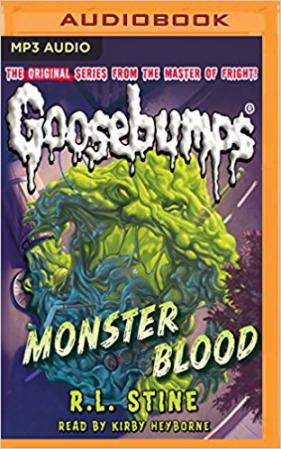 Classic book number eight (original book number four) spans about two-and-a-half hours and is narrated by Johnny Heller. Greg's new camera takes great pictures and is unique, but is it safe to use or is it hurting the people he captures? A Publisher's Weekly review raves "His (Heller's) larger-than-life characterizations fit perfectly with the story's heightened reality."

The Curse of the Mummy's Tomb

Kirby Heyborne narrates this three and a half-hour story about a boy and a mummy. Gabe gets lost in an Ancient Egyptian pyramid and finds he might not be the only one roaming the hallways in classic book number six (original book number five).

Night of the Living Dummy

Classic book number one (original book number seven) features one of the most iconic Goosebumps characters, Slappy the Dummy. Carol Schneider reads the nearly three-hour story. When Kris gets a new dummy to show up her sister, the dummy turns out to be smarter than he seems.

The Ghost Next Door

Hannah gets a creepy-looking new neighbor boy, but is he real? Emily Eiden narrates classic book number 20 (original book number ten) in a little under two-and-a-half hours. Reviewer Whitney says "Emily Eiden did a fine job...she succeeded in bringing the reader into the story."

Jorjeana Marie reads about this Halloween tale where Carly Beth finds a super scary mask to wear as her costume. But, when the mask takes on a life of its own, she gets the biggest scare of her life. This book is number four in the classic series and number 11 in the original series and runs for about two-and-a-half hours.

The Werewolf of Fever Swamp

Grady's dog is under suspicion from the neighborhood as strange things keep happening in the swamp, but is he really to blame? Ramon de Ocampo reads classic book number 11 (original book number 14) in about two-and-a-half hours.

Tara Sands reads classic book number five (original book number 16) about the Morris family. Luke, Lizzy, and their parents head off to a freaky amusement park, but can they survive the tortured fun? You'll need to set aside about two-and-a-half hours to hear this story.

The Scarecrow Walks at Midnight

At nearly three hours long, classic book number 16 (original number 20) is narrated by Lexy Fridell. Jodie's grandparent's farm seems a bit less exciting on this year's visit. One of the biggest changes is the crew of creepy looking scarecrows out in the field.

Return of the Mummy

Gabe finds himself in Egypt again and this time he hears a story of how to bring a mummy to life using a simple chant. Is the spell real or just a hoax? Kirby Heyborne reads classic book number 18 (original book number 23) in about two-and-a-half hours.

Night of the Living Dummy 2

Renee Dorian narrates classic book number 25 (original book number 31) about Slappy the Dummy. Slappy gets a new owner, Amy, but who's really making the jokes in this scary story? Give Slappy's second installment a listen for about two-and-a-half hours. 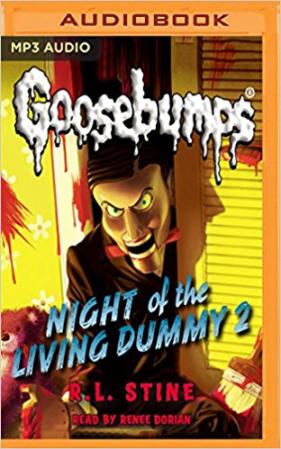 Night of the Living Dummy 2

Revenge of the Lawn Gnomes

Adam Vikas reads classic book number 21 (original number 49). Freddy and Cara are brave friends until they discover a secret bottle of vampire breath in his basement. This creepy tale takes about two and half hours to finish.

The Goosebumps series began in the early 1990s and today includes hundreds of books from the original, classic, and other series spinoffs. Many other series are also available in audiobook format including SlappyWorld and HorrorLand.