The Hunger Games is an exciting and thought-provoking fictional trilogy that has been made into movies. The main characters are relatable and believable, giving readers cause to examine their feelings about politics, socioeconomic status and war.

The Hunger Games is considered a Young Adult dystopian series. Set in the very distant future the series takes place in Panem, which used to be North America. The dominant Capitol scares each of the 12 impoverished Districts into submission with the annual Hunger Games. This televised bloodbath forces one boy and one girl from each district to compete to the death in a days-long game of skill and strategy. When young Katniss Everdeen outsmarts the game makers and President Snow more than once, the rebellious citizens choose her as a symbol of hope for a brighter future.

Book One: The Hunger Games 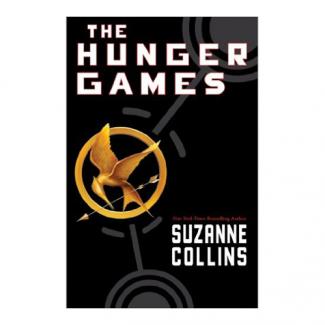 In the first book, readers are introduced to the future of North America and a nation now called Panem, which is divided into Districts. Each year the Capitol, which controls the rest of Panem, hosts the Hunger Games. One boy and one girl are randomly selected from each district to compete in the games where there can only be one winner. The televised games showcase strength, strategy and killer instincts, as the winner can only be crowned when all other competitors are dead. Katniss Everdeen volunteers for the games to save her sister who has been chosen as the tribute from District 12. Katniss uses her inner strength and loyalty to outwit the game creators and the Capitol.

John Green of the New York Times raved that The Hunger Games features incredibly realistic worlds along with a relatable storyline and characters. He suggests the concept of the book is not original and the writing is pretty average, but the details set this novel apart. 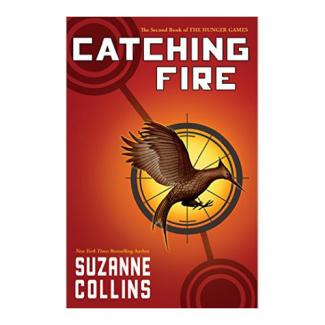 Katniss and her fellow District 12 tribute, Peeta, have won the Hunger Games together. Because of their loyalty to helping each other and defiance of the rules for the Hunger Games, the two become the face of a rebellion seeking to overthrow the Capitol. President Snow is unwilling to allow Katniss and Peeta's actions to bring down the Capitol and he seeks revenge. The second book in this thrilling series is 400 pages long.

Experts at Common Sense Media call Catching Fire a "gripping page-turner" that focuses more on character development than plot. They do warn, however, there is a lot of violence. 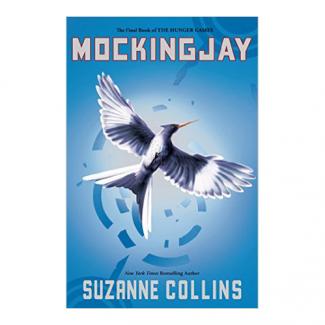 In the final book of the series, Katniss is now a strong leader and clear motivator for the rebellion. When Peeta is discovered as a captive of the Capitol, Katniss helps to rescue him. She then discovers his mind has been altered to want her dead. She struggles to help overthrow the Capitol and save Peeta as President Snow continues to seek revenge against her personally.

Susan Carpenter of the LA Times calls this book the "most violent and bloody" of the series while still being full of surprises and thought-provoking situations.

Published by Scholastic, The Hunger Games series is suggested for ages 13 and older, or those in grades 7-12. Parents should be aware the books contain strong political and warfare content, along with graphic details of a lot of death. The Accelerated Reader level for the series is set at a 5.3, which equates to a fifth-grade reading level, making this series a great high interest, low reading level selection.

Following both male and female characters throughout the series ensures the books appeal to boys and girls alike.

Originally published in 2008, the individual books and the entire series have won many awards as listed on the author's website.

In addition, the trilogy of books have attained the title of Bestseller by:

For avid fans, there are several related books that can be added to your collection:

When asked about how she got her idea for The Hunger Games, Collins shared that the idea came from flipping between reality television shows and news coverage of the Iraq War.

A Glimpse Into the Future

The Hunger Games examines what the future of our world might look like if materialism and the gap between rich and poor people continue to grow. This series is ideal for parent and child to read at the same time and discuss the strong themes.