Based on the adult novels of the same name Left Behind: The Kids is a series of Christian novels for kids ages 10 to 14. These forty books have sold over 11 million copies and can be read as a stand-alone series or in conjunction with the adult novels.

Authors Jerry B. Jenkins, Tim LaHaye, and Chris Fabry teamed up to write this young adult adaptation of Jerry's adult series Left Behind. The Bible describes the end of times which includes the Rapture and Tribulation. In this series, a group of teens has been left behind on Earth after their families were taken to Heaven by God in the Rapture. Working together and bound by their faith in Jesus Christ, the teens experience extreme hardship in return for a great reward. Grab a paperback copy of each book for around $4 per book.

While the series features Christian themes, it also includes violence against adults and kids along with violence from war. Mom reviewer Samantha says, despite the sometimes bland writing, "you will not be able to put them down" thanks to the thrilling storyline. She also recommends only kids over age ten read the series. In addition to violence, the books include deaths of parents and children and examine the complex biblical stories which might be difficult for younger readers to grasp. However, the books can make a great conversation starter for families because they are easy to read but still have deep and complex themes.

The four main characters of the books, who are children, form the Young Tribulation Force after each accepts Christ into his or her life. Together with their pastor mentor, these teens work together spreading the word of Jesus Christ around the world.

With forty titles in the series, the publisher formed compilations each including several books to make it easier to follow the correct order. These compilations also include background information from the Left Behind adult series, each drawing off one book from the original series. The novels run around 150 to 200 pages with a grade five to six reading level. Kid reviewer Aaron reports relating well to the characters and says these are "on the edge of your seat books." 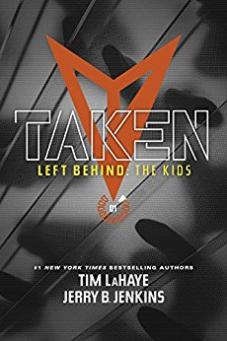 Taken - Left Behind: The Kids

Millions of people vanish into thin air around the world in these introductory books. Those left behind, including kids like Judd, Vikki, Lionel, and Ryan, must figure out why these people disappeared then do their part to accept the truth and help others accept it too.

In the dark times following the Rapture, these teens face tough decisions like what they are willing to sacrifice to spread their message to others. Days on earth are numbered, but government rules prohibit any conversations about God or the contents of the Bible. The Young Trib force begins to split due to their dangerous activities.

World War III has begun, and the Young Trib Force is struggling to stay intact. Can they wade through secret documents and prophecies to save the world? And more importantly, can they keep their group together to carry out their goals?

The kids are in hiding, but how long can they hold out. Each must rely on God's help to fight the evil in their world and together they must remain united if they hope to save others. 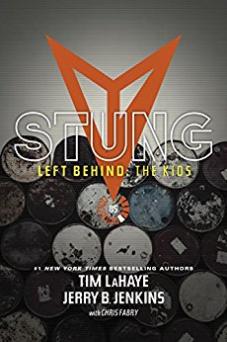 Stung - Left Behind: The Kids

The world is rapidly changing and the Young Trib Force is weak. Can they trust others around them to keep their identities safe or will they be double-crossed?

Being physically separated makes it hard for the teens to keep working toward a singular goal. Does each individual have what it takes to survive whatever comes next?

The government plans to control the population are getting too difficult to avoid. Believers must work harder than ever to survive the Tribulation, will all the Young Trib Force members make it through?

The danger level is at an all-time high. Can the Young Trib Force find each other again and convince the world of what's about to happen? 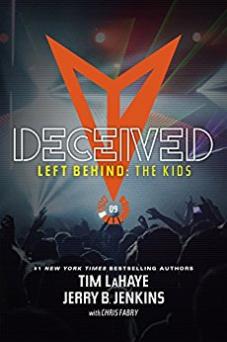 Deceived - Left Behind: The Kids

Nicolae Carpathia is spreading his dark mark and the teens of the Young Trib Force must take dangerous steps to save mankind.

The entire world is spiraling out of control and the teens aren't left with many choices or chances to stay together and stay safe.

The teens are all back stateside and on the run from eager bounty hunters. There's only one year left before the King returns, will the world be ready?

With God on their side, the Young Trib Force makes a final stand against Nicolae Carpathia and his Global Community army. All these years of hard work may finally pay off for believers.

The Power of Faith

For Christians and others, books like these spread a powerful message about what happens when like-minded people band together for a good cause. While forty books may seem like a daunting task for some young readers, once they get started on this apocalyptic thriller they won't be able to stop.