Paper Towns is a mystery told with humor. In places, the characters' actions provide laugh out loud comedy. However, it is also a sensitive coming of age novel in which the main protagonists, Margo and Q (or Quentin), discover their identities and face facts about themselves.

If you're a person who hates to be told the ending of a good story, be warned and jump to the section on characters.

The novel begins with a prologue which explains the relationship between Margo and Quentin who bonded as children when they found a dead body. The discovery linked them and although they grew apart, Q is still secretly in love with his old friend.

The scene is set in the early 2000s, prior to graduation, at Jefferson High, in Orlando, Florida. Quentin, with his friends Radar and Ben, are a nerdish gang, providing a sharp contrast to Margo, who is popular and lively.

The action begins when Margo gets Quentin to help her implement her plan to take revenge on her ex-boyfriend. During the night, they perform a series of pranks to embarrass the boy and his new girlfriend Becca. Quentin feels his relationship with Margo is renewed by their shared experience but the following day she has disappeared.

Quentin enlists the help of his friends to look for Margo. While high school is ending, they follow a trail of clues which leads nowhere. During this time, as Quentin begins to understand Margo's repeated use of the words 'paper towns,' he becomes insightful and starts to understand he has sentimentalized Margo into someone she is not. Finally, Quentin grasps the real meaning of the phrase as cartographers use it and solves the mystery of where Margo is hiding out.

On graduation night, Quentin and his gang, along with Ben's girlfriend Lacey, dash off upstate to Agloe on a twenty-one-hour road trip. There they find Margo in an old barn. Quentin's friends are disgusted by her irresponsible selfishness at leaving in the way she did; her action has disrupted their lives. However, Quentin and Margo have both come to understand their relationship was based on false impressions they had of each other. Consequently, they come to appreciate their future is not together.

At the end of the novel, Margo realizes she should stop running away from adult responsibility, and Q understands his relationship with Margo was a romanticized obsession not based in reality. 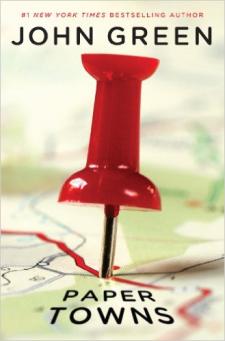 This novel has put many parents into a dilemma as to whether it is suitable for high school students and some schools have dropped it from their reading lists. According to Popcrush, John Long Middle School dropped Paper Towns from their summer reading list after one mother, Joanne Corcoran, brought the book to the attention of the board. Her eighth-grade daughter had asked questions about the terminology of the book she found mortifying. Joanne Hurley, a member of the school board admitted she thought the book "may be appropriate for older kids" but was "questionable" for children in the eighth grade.

Common Sense Media also contains parents' reviews on Paper Towns; these are of a mixed nature but some mention the language as unsuitable for young teens and immature pupils.

As a parent, you have to choose whether you should censor Paper Towns or allow your kids to read this novel. Perhaps the best path is to read it yourself before or at the same time as your teens. Then you can talk about its themes and ideas with your children, ensuring they fully grasp what the book is about. While the language may be unsuitable to some, you can use this book as a starting point for discussion on identity awareness.