Due to strict population laws, third children aren't allowed by the government in this world. In the first book readers meet Luke, a twelve-year-old boy with limited freedom because he is a secret third child in his family. As the neighborhood develops around his family farm, Luke's life becomes even more restricted out of fear he'll be discovered. One day Luke notices a mysterious child boldly looking out windows from one of the new mansions built nearby. After gathering up his courage, Luke sets out to meet this person who turns out to be a third child named Jen. Jen is not content to be hidden and seeks Luke's help in freeing kids like them everywhere. Mature topics included in the story are abortion, breaking and entering and the killing of children.

The story centers on the Garner family and their new neighbors, the Talbot's. Many of these characters are present throughout the series.

Listed as a Best Book for Young Adults in 1999 by the Young Adult Library Services Association, the first book in the series won many state awards including the 2001 California Young Readers Medal and the 2002 Nutmeg Children's Book Award. Common Sense Media gives the book four out of five stars for engaging young minds and including positive role models.

Readers continue Luke's story as he takes on a new identity posing as a boy who recently died. Thanks to this fake I.D., Luke gets to leave his hiding place at home and attend Hendrick's School for Boys as Lee Grant. This new life isn't drastically better than his previous life, but Luke finds the opportunity to change his situation forever. While not graphically detailed, the book contains discussions about nude women, torture and bullying. 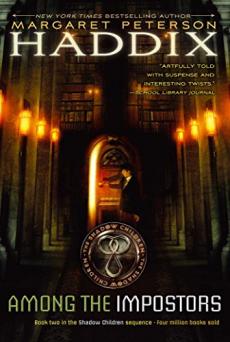 While the story is still told from Luke's point of view, readers begin to meet new characters who will weave in and out of subsequent books.

As a 2002 YALSA Quick Pick for Reluctant Young Adult Readers this book was also a nominee for the 2004 Iowa Teen Award and 2005 Buckeye Children's Book Award. A review from Publisher's Weekly says "this installment gets mired in too many confusing details," but also praises the author's ability to give the story a "nightmarish quality."

Told from the perspective of Nina Idi, who is now a prisoner of the Population Police after being accused of conspiring with Jason Barstow, book three takes readers into the more complex world Luke lives in. While imprisoned, Nina meets a family of child prisoners and must decide if she's willing to give up other shadow children to save her life or give herself up to save others. Talk of torture and killing children is prevalent in this novel.

The first book narrated by a character other than Luke, this installment weaves together old and new characters to enhance the intricate plot.

Among the Betrayed won the 2004-2005 Lamplighter Award and Goodreads readers give the third installment four out of five stars with reviewer Hailee saying "This book has great imagery and a great plot that keeps you interested."

The Barons are the highest members of society and Luke has just become one of them thanks to his new identity as Lee Grant. As he attempts to blend in at school impersonating Lee, a big wrench is thrown in the plan. Lee's younger brother, Smits, is starting school too. Luke needs Smits and the entire Grant family to keep his secret, but is that possible for the grieving family? Lies, secret murder plots, and accidental death are portrayed in this book. "Readers might be frustrated that the author raises more questions than she answers," says a Publisher's Weekly review. 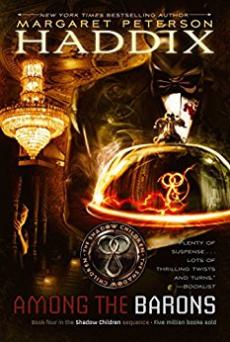 Readers follow favorite, trusted characters into the other side of their world where the rich and powerful reside with introductions to some of these elite characters.

When Trey seeks out help from Mr. Talbot, he's lucky to escape the Population Police. His friends, including Luke/Lee are on the run and getting captured, so Trey must find a way to help. Trey and Luke's brother, Mark, set out on a mission to save third children who have been captured. On this mission, Trey discovers a way he can infiltrate the Population Police and work from the inside. Mature topics like death and imprisonment of children are prominent. Reviewer Bridget raves "the tempo really picks up" and this book is "a suspenseful and gripping read."

Old and new characters' lives cross paths as the action heats up in the series.

When Matthias, a third child, accidentally saves a Population Police officer's life, he gets a free pass to secretly join the Population Police. While in training, Mathias finds Nina and must decide whether he can help save the other shadow children. Serious injury and death are detailed in the book. 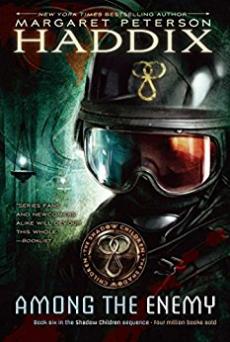 As the Shadow Children and their accomplices begin to infiltrate powerful places, more officers and leaders are introduced.

Among the Enemy was nominated in 2007 for the Buckeye Children's Book Award and Amazon customers give this penultimate book four and a half out of five stars with reviewers raving, "I don't understand why this novel series isn't adapted to the small screen."

Without trying, Luke begins the shadow children's revolution. The government is overthrown and everyone is free. Who will take over leadership and will freedom be as glorious as third children imagined? Kid readers love the final book giving it five out of five stars and saying, "it's so inspirational."

As the storyline is tied up, many characters from the series reappear along with a few new allies.

Out in the Open

Great children's literature, like the Shadow Children series, give young readers a chance to explore difficult topics like population control and children's rights. If you're looking for an enlightening read that takes older kids beyond their typical happy fiction, this one's for you.