The Lewis Carroll characters are some of the most iconic, unique, and memorable in all of children's literature. Carroll is best known for authoring Alice in Wonderland and Through the Looking-Glass, which are often bundled together as a chapter book for middle-grade readers. Some of Carroll's other famous characters come from his nonsense poem, "Jabberwocky" and "The Walrus and the Carpenter," both of which are part of Through the Looking-Glass. He is also the author of the poems "Hunting of the Snark" and "Phantasmagoria," the dialog, "What the Tortoise Said to Achilles," and the two-part novel Sylvie and Bruno and Sylvie and Bruno Concluded.

Alice and her Wonderland compatriots may be Lewis Carroll's most famous and best-loved characters, but there are a myriad of other colorful personalities that Carroll invented through his other writings, ranging from an exotic bird to a couple of fairies. 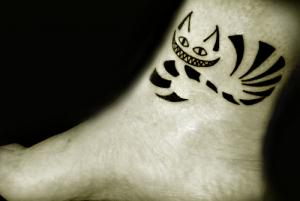 One artist's rendering of the Cheshire Cat

Sylvie and Bruno are other prominent Lewis Carroll characters. They are young fairy siblings that encounter a London historian, who serves as the narrator for both Sylvie and Bruno novels. Young readers might also recognize the Walrus and the Carpenter, who appear in Through the Looking-Glass and some animated versions of Carroll's story. Quite a few secondary characters also appear in Wonderland and in Carroll's other works; to learn more about all of them, check out his books and poems from a local library.