The Maze Runner series gives readers insight into how rats in a cage might feel. Just like the rats scramble through their mazes watched by scientists, the characters in The Maze Runner work their way through a series of experiments designed to map their brains. These tests have been devised by the aptly named WICKED (World In Catastrophe: Killzone Experiment Department) who, it seems, will stop at nothing to achieve their sinister goals.

Most reviewers suggest that this series is intended for ages twelve and up. However, some young fans of dystopian drama will need to harden their hearts to the grim, apocalyptic bleakness of these books. Some teen reviewers on Common Sense Media admit that, particularly, the plot of The Kill Order is a little on the violent side, even nightmare inducing. Others, of course, have no such qualms and loved the action packed drama. Bear this in mind if you or your teen is sensitive. There are many other science fiction stories to choose from if you would rather have the science without the horror often depicted within the genre.

The Maze Runner series fits neatly into the category of Dystopian Science Fiction. Themes such as friendship and sacrifice, identity, order versus chaos, and the establishment versus the individual abound. It is a very thought-provoking series which addresses many questions. For example, does the end justify the means? Is it okay to sacrifice some for the sake of many? Should the government be allowed to make decisions for the populations they serve without first consulting with them? These are all good questions to use within book clubs, literature circles, or home discussions.

Thomas is the protagonist of the first three books. He is a boy immune to the Flare (a new virus) who works for WICKED and later becomes a Glader.

Teresa is Thomas's sometime friend. She is a girl immune to the Flare who also works for WICKED. She is the last arrival to the Glade and the only girl to ever arrive within Thomas's group.

Minho is a Glader and the keeper of the Runners.

Newt is the Gladers' second-in-command.

Alby is the temperamental leader of the Gladers.

Gally is a moody Glader who does not like Thomas. Later he becomes a member of the Right Arm Rebellion.

Chuck is a young Glader and Thomas's friend.

Aris is the Teresa equivalent in a parallel Glade/Maze Trial. Aris is the only boy to arrive at another Glade with a group of girls later described by WICKED as Group B.

Jorge is the posed leader of the Cranks (humans affected by the Flare) as well as a WICKED employee, and Berg (Airship) pilot.

Brenda is friends with Jorge and later with Thomas. She poses as a Crank but works for WICKED.

Jansen is a WICKED employee who liaises with, and is hated by, the Gladers.

Ava Paige is the mysterious leader of WICKED.

Alec is one of the protagonists of the prequel: The Kill Order. He is an Army veteran.

Mark is another protagonist of The Kill Order. He is Alec and Trina's friend and is a solar flare survivor.

Trina is a solar flare survivor and Mark's girlfriend. She befriends and assists Deedee.

Deedee is a very young girl found abandoned in the forests around Asheville. 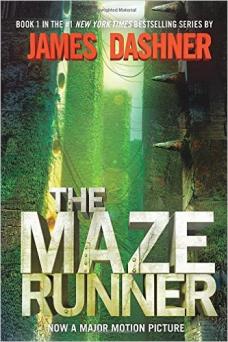 When Thomas arrives at the Glade remembering nothing but his name, he is just the latest boy-of-the-month to be delivered in this fashion. He meets the rest of the "Gladers," who refer to him as "Newbie" and "Greenbean" along with many other odd terms that the boys have invented.

Thomas discovers that the self-sustaining world of the Glade is underpinned by the existence of the Maze, a labyrinth complete with monsters called Grievers. Runners enter the Maze daily when the doors open, hoping to evade the Grievers as well as solve the Maze's constantly changing walls. Thomas immediately concludes that, despite the dangers, he would like to be a Runner. Attempting to save some Gladers, Thomas breaks the Number One Rule: Do not go out at night. To everyone's surprise, Thomas survives the night in the Maze, as do the other boys. After this, Thomas is allowed to become a Runner.

When a girl shows up in the elevator a day later, the boys are confused at her unprecedented arrival. Not only is this the first time a girl has arrived, but the girl is in a coma, spouting apocalyptic messages.

Chaos Comes to the Glade

Things inside the Glade begin to change. The girl, Teresa, wakes up and speaks telepathically to Thomas, then Minho and Thomas make a startling discovery inside the Maze. When, the next night, the doors of the Maze fail to close, chaos reigns. The Gladers are now fighting for their lives against the Maze, the Grievers, and the unknown Creators. Thomas and the Gladers resort to a desperate plan. 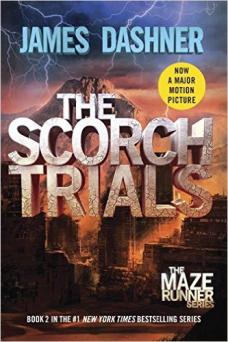 Thomas and the Gladers have been rescued. However, their apparent safety only lasts for one night before the boys are abruptly woken by "Cranks." Cranks are zombie-like humans who, the Gladers later discover, have the Flare, a terminal disease. As the boys rush to find Teresa, they discover that their rescuers are dead and that Teresa is missing. There is a boy called Aris in her room. The Gladers soon discover that Aris is another Maze escapee. Then "Rat Man," a member of WICKED, comes in.

Rat Man explains that there were two groups: Group A which is Thomas's group, and Group B, which Aris is part of. He explains that both groups have been used to collect blueprints, stimulate the killzone (the human brain), and collect patterns for WICKED. The plan being to cure the human race of the Flare. Rat Man tells the kids that, for this to happen, they have to complete the Scorch Trials and make it to the Safe Haven.

During the Trial, the kids have to pass through the Flat Trans, a gruesome corridor-like place, then cross the Scorch. When Thomas is separated from his friends and forced to journey underground with Brenda, a Crank, Brenda is able to explain to Thomas a little more about what happened after the outbreak of the Flare. Thomas and Brenda fall foul of a group of Cranks but are rescued by Minho and the rest of the Gladers. Perhaps Brenda is not what she seems? Then, further complicating matters, a hostile Teresa appears in the Scorch with twenty spear-carrying girls and captures the Gladers and Aris.

After many twists and turns, both groups arrive at the Safe Haven. Once again at the mercy of WICKED, the kids face more trials and experimentation in their futures. 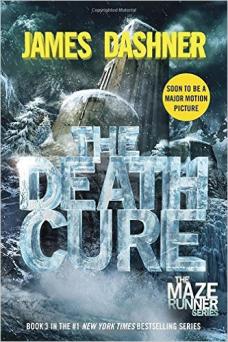 In this third installment, Thomas and friends are offered the opportunity to retrieve their memories at WICKED. However, Thomas, Minho, and Newt, at least, are suspicious of the offer.

Together with Brenda and Jorge, the three Gladers escape the WICKED complex, flying to Denver which is a populated by those who have either not contracted or are immune to the Flare. Jorge tells them that Teresa and the rest of Groups A and B already stole a Berg, and were also heading to Denver. Upon arrival, Thomas meets a man who hands him a note from his old enemy - Gally. After meeting with Gally, Thomas, Brenda, Minho, and Jorge seek out a man named Hans who can, they hope, remove the device from Thomas's and Minho's brains which allows WICKED to control them.

Meanwhile, Denver is falling apart. The Flare is spreading, the Cranks are numerous, and those who are immune to the virus, the "munies," are disappearing. When the friends are captured by a group known as the Right Arm, they discover that the rebel group has a plan to break into WICKED headquarters. But Thomas does not yet understand WICKED's grand plan for him.

The Plan to destroy WICKED

Busted out of WICKED headquarters with the help of the mysterious Chancellor Paige, the kids have to get back to the Maze to rescue the other immunes that WICKED have sent there. However, the Maze is part of WICKED HQ, and the Right Arm have planted explosives there. Time is running out. 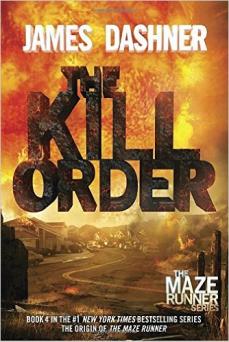 The Kill Order, although published fourth, is a prequel. However, don't read it first unless you are prepared for some spoilers.

In The Kill Order, readers are given a glimpse of Thomas and Teresa as children, before they enter the Maze. They are also treated to a narration revealing the horrors of the sun flares thirteen years ago.

After surviving the flares and the aftermath, a small group of people who settle near Asheville, North Carolina, also witness the introduction of the virus that comes to be known as the Flare. They become embroiled in the politics of the day as they fight to live and to understand what on earth is happening. An army veteran named Alec and two teenagers named Mark and Trina save a little girl called Deedee left alone in the forest who, it appears, is immune to the Flare. Realizing the importance of this, Mark, Alec, and Trina struggle to get Deedee to the headquarters of the PFC, the Post-Flares Coalition, even as they fight the virus that has rooted in their brains.

The Epilogue takes place at WICKED headquarters. Deedee has been rechristened Teresa, and she is friends with a small boy, whom WICKED have decided to name Thomas.

The Barnes and Noble website provides a very useful and overarching look at the books of The Maze Runner Series, and includes within its pages several critiques from various reviewers:

The Maze Runner series is the recipient of many awards. According to Randomhouse.com, The Maze Runner was the recipient of a Kirkus Reviews Best Young Adult Book of the Year award as well as making the list of ninety-nine books selected in 2011 by the Young Adult Library Services Association. It also won many state awards, including the 2011/2012 Georgia Peach Award for Teen Readers.

No doubt to the delight of James Dashner's many fans, a fifth book of the Maze Runner Series has arrived. It is called The Fever Code, and it is another prequel. This time, Mr. Dashner tells the stories of the other Gladers and their lives before the Maze. All five books can be bought from Amazon.com, the first four as a box set, and The Fever Code can also be purchased from Amazon or Penguin Random House, the publisher.