Although Minecraft is a popular game with over 100 million copies sold, books about playing Minecraft are just as popular. Whether you're a new player, or an avid fan, there's a Minecraft book for you.

Although there are dozens of fiction and nonfiction books related to Minecraft apps and extensions, the game's creator, Majong, only sanctions a few. In addition to those listed, there are three other official books: Minecraft Medieval Fortress, Guide to Creative and Guide to Exploration that help players learn in-game strategies.

The Official Minecraft Book series features four handbooks meant to guide readers in different aspects of the game. Published in 2013 and 2014 by Scholastic, each book follows a similar nonfiction format with expert interviews and guides. Since the series is approved by the game maker, these guides promise to give players a comprehensive understanding of game play. Get the four-book set of updated versions from 2015 for under $30. Each book contains 96 pages and is recommended for ages 7 to 12. After their initial release, these guides landed in the Top 10 for printed book sales in the UK in 2014.

Author Max Brooks, a graphic novel writer famous for novels like World War Z, has the distinct honor of writing the first, official Minecraft fiction novel. Published in Summer 2017, this roughly 300-page book is geared toward kids ages 8 to 12, and features a single castaway marooned on the shores of a mysterious island made entirely from bricks. How will he survive the elements and the monsters? While readers will discover many things about this new place, one thing they won't learn is the gender of the main character. The author deliberately keeps the main character's gender a mystery as a means to keep the book inclusive of all Minecraft players. Grab a hardcover copy of Minecraft: The Island, a New York Times Bestseller, for around $10. 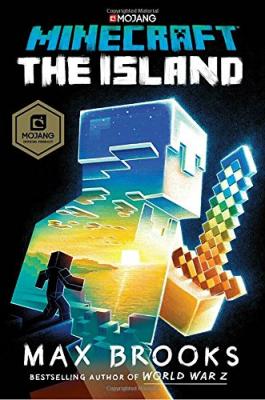 Minecraft: The Island: A Novel

Minecraft: The Survivor's Book of Secrets

One of the best ways to learn about all the possibilities in this limitless world is to listen to tales from those who've played the game the longest. That's the expertise offered in The Survivor's Book of Secrets. Authored by real-world players who have survived and thrived in the game since its early testing days, this book is the ultimate insider's guide to all things Minecraft. Readers learn little known secret moves and block functions, along with other useful information about armor, weapons and combat. Black and white sketches accompany the text written as a how-to guide from a top secret insider called Chief. Featuring just over 100 pages, the book is written for kids in grades 3 to 7. It was hailed by Brightly as one of the top books any beginning Minecrafter must have. A hardcover copy costs under $10.

Published in 2015 by Scholastic, Blockopedia by Alex Wiltshire is a reference tool that's helpful to both beginners and experts. The book gives details about every block available, how each block is used and the best way to use each block in your game. To mimic the creativity of the game, this book is shaped like a hexagon and includes an attached ribbon bookmark. This fully illustrated, 300-page book is recommended for kids ages 5 to 12. Get your hardcover copy for just under $50. Impulse Gamer reviewed the book and gave it a full five stars, praising the unique shape of the book as well as the info provided on every block in the game. They declared it a "definitive guide" for fans of the franchise.

Author Megan Miller is the brains behind several books containing Minecraft tips and tricks claiming to go beyond what's offered in the official guides. As an avid gamer who claims to play Minecraft daily, Megan shares her best information and ideas in her books to help others make the most of the game.

The Ultimate Unofficial Encyclopedia for Minecrafters contains around 175 pages of alphabetized information about anything and everything you can find or do in the game. Written at a grade 1/2 reading level, beginners can discover game basics while experienced players can learn tricks they might not see elsewhere. This Amazon best-seller was published in 2015 and costs under $10 for both paperback and hardcover versions. The text is supplemented with full-color, real screenshots to help readers follow along in the game. 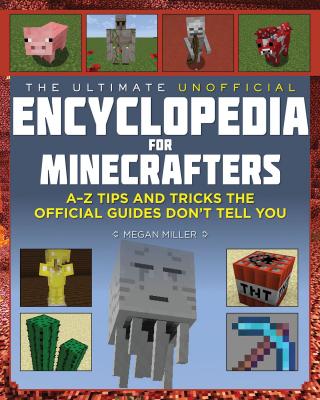 The Ultimate Unofficial Encyclopedia for Minecrafters

Players looking for tested secrets and clever tricks need The Big Book of Hacks for Minecrafters. Subtitled The Biggest Unofficial Guide to Tips and Tricks That Other Guides Won't Teach You, this 400-page book promises no shortage of otherwise unknown advice. This illustrated, step-by-step guide is written for kids, ages 7 to 12. Readers will learn about building amazing structures, farming tips and strategies for defense among other things with the use of cheats, hacks, tricks and tips. Grab your paperback copy of this Barnes and Noble top pick guide for under $20.

From fanfiction stories to elaborate novels set in Minecraft worlds, there is no shortage of fantasy books related to the fictional world. Readers of all ages, even those who don't play the game can enjoy these books about survival in a virtual world.

Physics teacher turned researcher turned author Mark Cheverton has written over 20 Minecraft novels which garnered him the title of Bestselling Author. Although Mark has several series, his Gameknightt999 series features the most books and is recommended by Barnes and Noble. For the complete list of all 18 titles in this series, visit the author's website. In this series, Gameknight is playing Minecraft online when he gets sucked into the game. Throughout the series, he battles a virus called Herobrine and attempts to save the virtual world, and possibly the real world, from the monsters in the game. The first book in the series is Invasion of the Overworld. This unofficial adventure is about 200 pages long with a Lexile Measure of 1020 for readers in grades 3 to 6. Published in 2014, the novel introduces readers to Gameknight 999 and his journey to discovery as he enters what he thought was a made up world. The nearly 500 customer reviewers give this book an average four point six out of five stars thanks to great writing and its seamless inclusion of lessons on bullying. 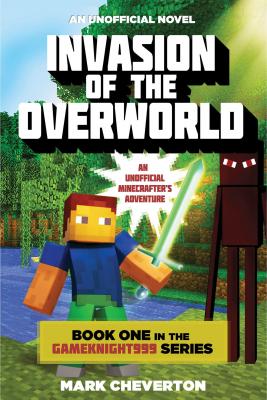 Invasion of the Overworld

Diary of a Minecraft Zombie

In the game, zombies are bad guys even if they are not as dangerous as other bad guys. Diary of a Minecraft Zombie takes the unexpected approach of following life's journey through the eyes of a zombie. This thirteen-book series follows two friends, Zack Zombie and Steve the Human, as they live everyday life in the fictional world. These middle school characters' lives play out in the form of short chapters written like diary entries with a few drawings throughout. Considered a work of fanfiction, Book One: A Scare of a Dare introduces readers to the main character and his typical life complete with complaints about his parents. The popularity of this series is evidenced by its 4.7 out of 5-star average rating from nearly 1,600 customers and the Nickelodeon Kids Choice Award nomination it received in 2016. The other twelve titles in order are:

Escape From the Overworld

Escape From the Overworld is the first in a series and one of the few Minecraft books to take aim at tough topics like bullying and girl empowerment. Author Danica Davidson shares that her inspiration came from being cyberbullied and noticing that most Minecraft books are aimed at boys. In Escape From the Overworld readers meet Stevie, a Minecraft character, who happens upon a magic portal that transports him to the real world. Here he meets a girl named Maison and together they must save the real world from the monsters escaping through the same portal Stevie discovered. This 100-page book has a Lexile measure of 740 and is geared toward kids ages 7-12. Purchase the entire Unofficial Overworld Adventure Series, which now includes six books, for under $30. The entire series includes the following titles:

Explore Minecraft Outside the Game

The limitless fantasy world created in Minecraft the game lends itself well to fiction and nonfiction books for people of all ages. Whether you play the game or not, these books are fun and informative for anyone who loves fantasy, sci-fi, and general engineering.